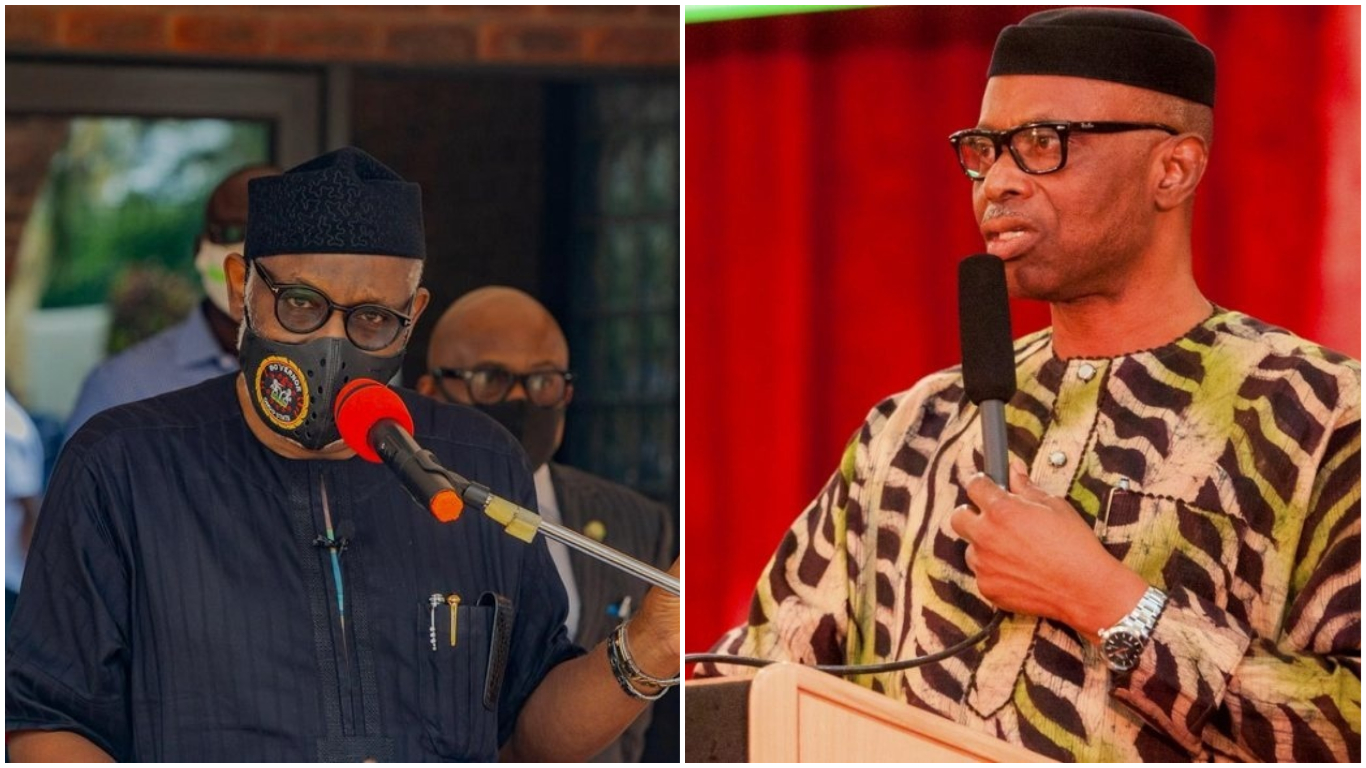 A former governor of Ondo State, Olusegun Mimiko has said he will not respond to the various allegations levelled against him by the incumbent, Oluwarotimi Akeredolu until the governorship campaigns begin.

Mimiko said this on Sunday in Ondo town when he hosted the Deputy Governor, Agboola Ajayi, at his residence.

Ajayi had defected to the Zenith Labour Party (ZLP) in the hope of clinching the party’s gubernatorial ticket for the Oct. 10 election.

Earlier, Akeredolu had decried the abandoned projects by the previous administration in the state, describing this as a disgrace to governance and a disservice to the people.

Akeredolu spoke while inaugurating four projects completed by his administration at the Agagu University of Science and Technology (OSAUSTECH), Okitipupa.

Mimiko, however, said the time to compare his government with that of his successor, had not come.

He said any party or government that would not meet the needs of the masses at the point of their yearnings was not progressive.

According to Mimiko, ZLP is the only party that loves helping the poor to achieve their dreams.

Mimiko, who described the deputy governor as a seasoned politician, added that ” all his good and bad sides we know, we do not expect surprises.”

The former governor thanked Ajayi for joining ZLP, describing him and his followers as true progressives.