Asisat Oshoala tells her life story to Barca fans. Read what she said 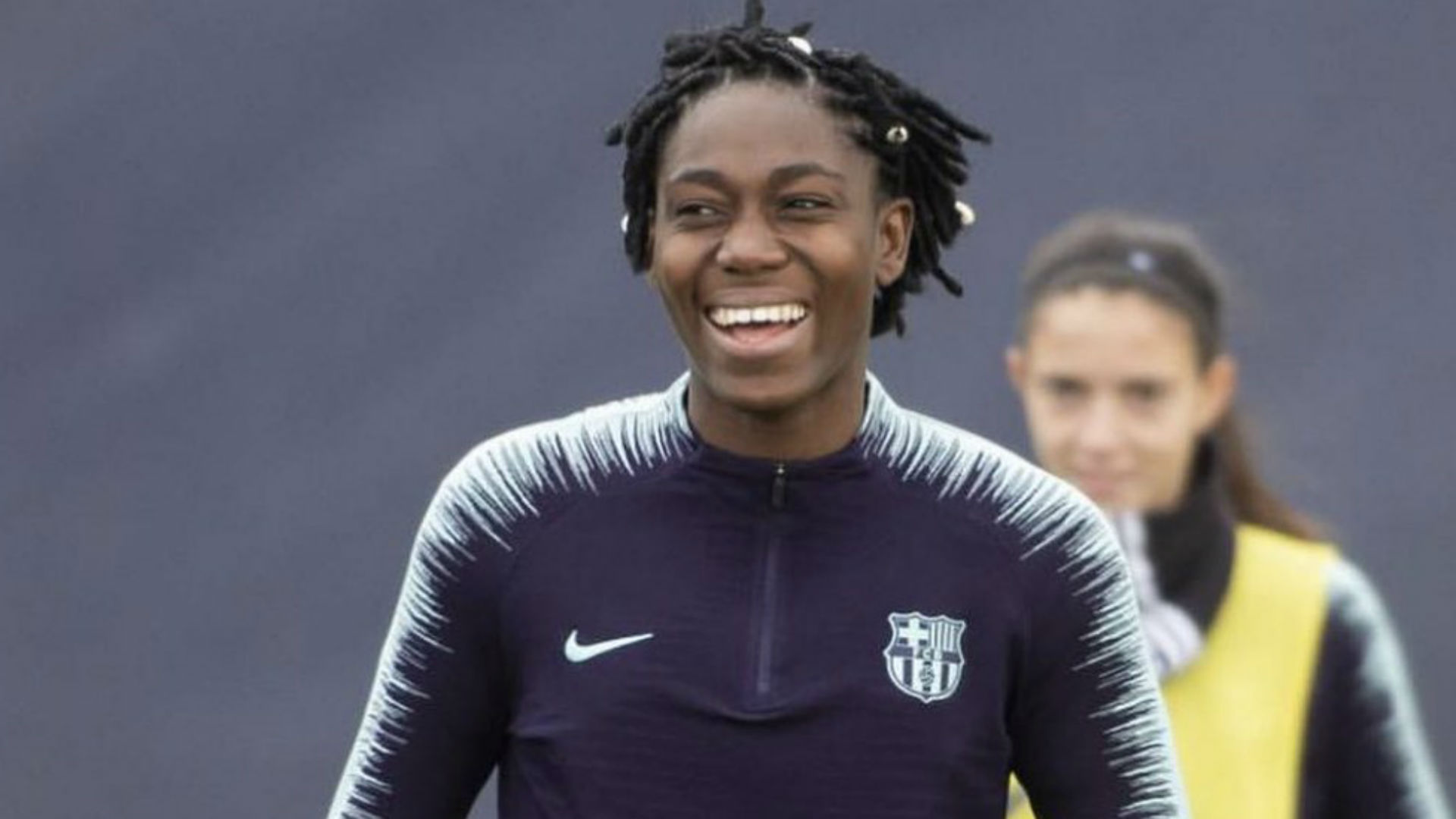 Asisat Oshoala, the only Nigerian playing for FC Barcelona Femeni, narrates the story of her life to Barcelona web site and reveals several secrets about growing up in a polygamous home, as a muslim and how she started playing football.

The striker spoke about herself ahead of the teams Champions League finals:

I want to tell you about some parts of my life that you may not know about, now that we can finally play again after such a long break…

Phew, lockdown was difficult for me, because I was living alone for almost four months. I was shut indoors at home all the time and was obviously scared at first because I didn’t want to catch the virus. For two months I only left the house to go to the supermarket, and as soon as I got home I threw all my clothes in the wash! I also carried on training with all the uncertainty of not knowing what was going to happening to La Liga and the Champions League.


As I was so frightened, I spent a lot of time on the phone to my family, my mum, my dad, my family and friends. It meant a lot to stay in touch with them by video calls. And the situation in Nigeria wasn’t good either, especially in my city, Lagos, the capital.

My parents are shopkeepers. My family is polygamous. I know that sounds very strange in Europe but it’s normal in my country. In a Muslim society a man can have more than one wife. I think it’s quite natural because that’s the way it has always been for me. My father has two wives, and one of them is my mother. I have seven brothers and sisters, two from my mum and four from my father’s other wife.

I am very active on social networks so I am always in contact with my family. As I am alone so much time here, I also use Twitter and Instagram to engage with other people and have fun. I love it.

I believe in God. I pray, but I don’t always have my head covered. Just a few times or when I am at home. I obviously can’t wear a veil in my work. I observe Ramadan as well. It was much easier this year because it was at the same time as lockdown!

I went to a mixed school for boys and girls, and that’s where I started playing football during playtime and after class. I played for fun in the streets of Lagos, mainly on Sundays. And then I joined a girls’ team in the city. I was happy because I could play football every day. I must admit it caused a lot of arguments with my mother, but I got my way. When I joined the Rivers Angels it opened the doors to the national team and for the first time I realised I could go on to become a professional.

Five years ago I set up my own foundation, which basically encourages girls to go ahead with their dream of turning professional. We only work with women because men have enough opportunities anyway. I speak to them and play with them and try to make them more confident and help them to find a club. We’ve helped about 5,000 girls. It’s my little bit to help girls in Lagos.

I think that it is hard for girls in Africa to play football and other sports in general. A lot of them have the same problems that I had when I was little in that their parents don’t want them to play and there aren’t many options for women footballers. I tell them never to give up, to keep fighting and believing in themselves. To love their football and to play it whenever they can. If you believe hard enough, one day your dreams will come true.

That’s what happened to me. In 2012 I went to the U20 World Cup, as a defensive midfielder, and when I went again in 2014 I became a forward. I was top scorer and MVP at that tournament and that convinced me that I was good enough to make a career out of football and play in other countries. The first was England. Well, I did have a trial with París Saint-Germain before the second U20 World Cup, but my first European club was Liverpool when I was just 20 years old. I got other offers, but as my only language is English, I took that option.

It was a good decision. I like Liverpool a lot. And that coach really believed in me and I was playing very well until I got injured. It was a nice experience and then I joined Arsenal the year after. I was very young and the changes were a lot for me to deal with, but I tried to adapt and be happy.

Then came the Chinese adventure. OMG! Dalian was a nice place, and my coach Farid Benstiti was like a father for me. He knew me from when I had a trail at PSG, and we spoke a lot and he boosted my confidence. The language, the food, the place, the people, it was all so different to Europe, but I was glad to have a European coach because none of the other players could speak English and I needed a private translator to speak to them. But despite all of that, it was a good experience.

The time came when I decided to return to Europe. That was in 2019 and the chance to come to Barça came up. I said yes. I didn’t think twice. I wanted to come here. From China, Barça was one of the best teams I had ever seen and I wanted to be part of that team. It was a magical moment to be able to come here.

My first six months were more than difficult. It was a new environment and not many people speak English, and I joined midway through the season so I had to adapt much quicker than normal. But I got too see a lot of interesting things in that half year, including qualifying for the Champions League final. Wow! I’d never played a game like that! I am proud to have scored Barça’s first ever goal in a European final but was also sad about the result. We had chances, and these are all about experiences, but we couldn’t do it.

Now we have another Champions League challenge ahead, against the best teams in Europe, and they are one-legged games in the Basque Country. We have to do the best we can. After playing this competition last year, I know how competitive it is. I think the team can go far again. It will be hard after not playing for six months, but the game with Atlético will be one to watch.

Personally I’m feeling great. I’ve been improving and feel I fit better into the way the team plays. I’ve been scoring goals in the preseason and things are going well.

Everyone knows me for my long hair and last year I decided on a change of look. I cut my hair short. If I see a colour I like, I dye my hair. It’s orange at the moment, but next week it could be red, pink or yellow. Not for any special reason, simply because I like a change.