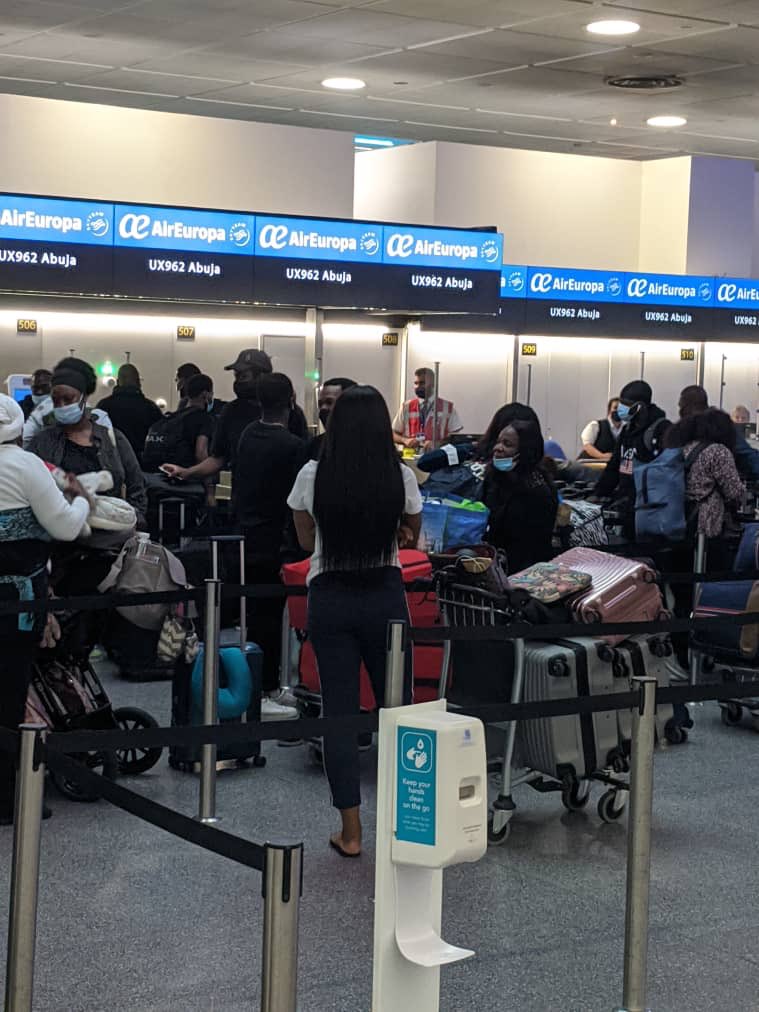 Sixty-eight Nigerian women trafficked to Lebanon and seen in a video that had gone viral where they were crying for help had been rescued and arrived at the Nnamdi Azikiwe International Airport, Abuja.

He said that the girls were the second batch of the more than 150 Nigerian women who were trafficked to Lebanon in search of greener pastures.

94 victims that constituted the first batch were also received at the Murtala Muhammed International Airport, Lagos.

Samuel said that the latest victims would be going from the airport to the hotel where the National Agency for the Prohibition of Trafficking in Persons (NAPTIP) would profile their records.

The agency would quarantine the girls as a precaution against coronavirus pandemic.

Also, the spokesman for the Ministry of Foreign Affairs, Mr. Ferdinand Nwonye, said that the rescue came after video footage of the stranded Nigerians appealing to the Federal Government and well-meaning Nigerians to come to their aid went viral on the Internet.

The spokesman said the ministry had several discussions with Mr. Houssam Diab, the Ambassador of Lebanon to Nigeria before the Lebanese Government agreed to release the girls to the Federal Government.

He said that the Minister of Foreign Affairs, Mr. Geoffrey Onyeama, was very sad when he saw the video footage.

He had to summon the Lebanese Ambassador, and both leaders had a series of engagements that led to the release of the girls.

Nwonye said that following the discussions between the two leaders, the Lebanese community in Nigeria through the facilitation of the Nigerian mission in Beirut chartered a flight, paid the flight tickets for these girls to return to Nigeria.

However, various government officials from NAPTIP, Ministry of Foreign Affairs and the Nigeria in Diaspora Commission (NIDCOM) respectively were on the ground at the airport to receive them.

Also, Mr Akinloye Akinsola, the representative of the Nigerians in the Diaspora Commission (NIDCOM), said that some Nigerians employed as domestic workers in Lebanon had complained of maltreatment from their Lebanese employers.

He said that sequel to the complaints; the Lebanese Ambassador to Nigeria had suspended the issuance of working visas to Nigerians seeking to do domestic work in Lebanon.

He said the suspension had become imperative so as to stem the tide of the maltreatment.

Akinsola said that the commission had started the procedure for proper harmonization in line with best practices relating to orderly migration.

He said that the discussion was with the Ministry of Labour and Employment and the House of Representatives’ Chairman on the Diaspora, Mrs. Tolulope Akande-Shodipe.