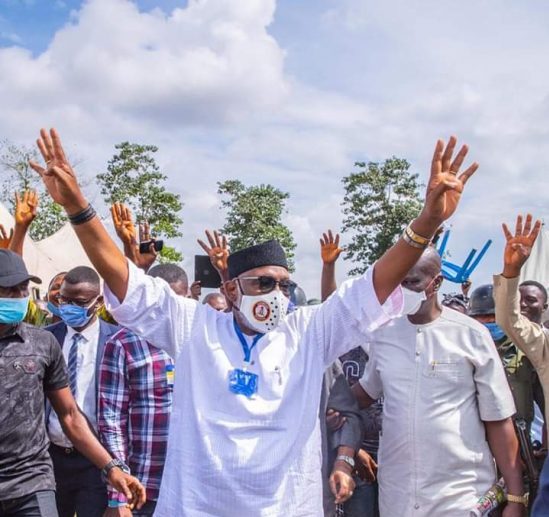 Teachers in Ondo State under the auspices of the National Network of Teachers for Good Governance and Quality Education have endorsed Governor Oluwarotimi Akeredolu for a second term in office.

The teachers made this known on Monday in Akure during a courtesy visit to Chief Alex Ajipe, Convener of Ibi Gíga Ambassadors, a political group working for the re-election of  Akeredolu.

Mr Fadeni Tolulope, Chairman of the group, said that Akeredolu’s achievements in the last three years surpassed those of his predecessors that spent eight years in office.

According to him, Akeredolu upgraded infrastructure in schools attended to teachers’ welfare and also embarked on training and re-training of teachers.

“We want to thank the governor for the achievement recorded so far in the education sector.

“The payment of our salaries and renovation of all public schools in the state are part of this government’s great achievements and that’s why we endorse him for another term in office because we believe he can do more,” he said.

The chairman expressed satisfaction in the exemplary leadership style of Akeredolu and called on their members in various capacities to work assiduously for his re-election for the second term.

Responding, the convener of Ibi Giga Ambassadors appreciated the teachers’ support and assured them of Akeredolu’s continuous service to humanity.

“If Akeredolu is voted in as governor again for the second term, then it will be another season of reaping the real dividends of democracy,” he said.

Ajipe called on citizens of the state to make love and unity their watchwords before, during and after the October 10 governorship election.