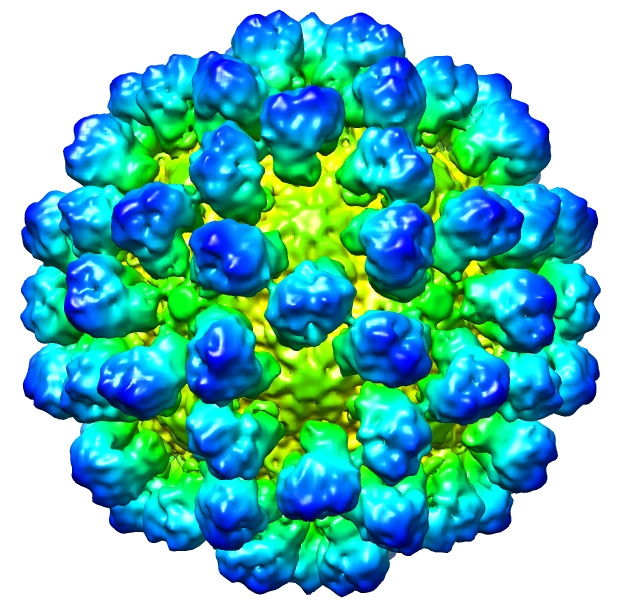 As the world currently battles to save humanity from the cold hand of deadly novel Coronavirus (COVID-19), the farm animals’ world, particularly rabbits’, has also been hit by an equally deadly virus called Rabbit Hemorrhagic Disease (RHD).

The very contagious disease spreads with light speed and has mortality rate of between 70% and 100%. Any rabbit farm it hits, it seeks to turn it into an empty shell within few hours or days.

Rabbit Hemorrhagic Disease (RHD) causes massive internal bleeding and bloody discharge around the nose and mouth of rabbits. This is adduced for the reason it has been nicknamed “bunny Ebola”.

The bleeding is usually so much that internal organs will stop working as a result of too much blood in them. Hence, an infected rabbit dies within hours or even minutes, while the virus continues to spread like wildfire among the animals on such farm.

A notable rabbit farmer and Chief Executive Officer of Healthy Living Farm, Adekolade AbdulQadir Omoloju, told P.M.NEWS on Thursday in Lagos that the virus was first reported in Nigeria in 2013.

He added that it was imported from the neighbouring Republic of Benin.

“It was known to be present in Benin Republic which was unknown to us until 2013 when the first outbreak happened in Nigeria. Then, it was just in one farm, and we were able to contain it. All rabbits in the farm were immediately destroyed and the farm was well fumigated.

“Then, in October 2019 we had another outbreak when some people imported infected rabbits from Benin Republic. We also contained it in the affected farms with destruction of the rabbits and complete fumigation of the farms”, Omoloju recounted.

In the October outbreak, his own farm located in Alimosho, Lagos State, Nigeria lost over 100 rabbits out of a stock of about 140 within just 14 days.

He quickly got rid of the remaining stock of the rabbits and their feeds and followed it up with overall decontamination of the farm.

This process of decontamination is necessary because researches have shown that the virus has the capacity to remain alive for weeks or even months on surfaces or in carcasses of infected animals.

THE NEW YORKER reported that “The virus’ ability to survive and spread is uncanny. It can persist on dry cloth with no host for more than a hundred days; it can withstand freezing and thawing; it can thrive in a dead rabbit for months, and on rabbit pelts, and in the wool made from Angora-rabbit fur, and in the rare rabbit that gets infected but survives. It can travel on birds’ claws and flies’ feet and coyotes’ fur. Its spread has been so merciless and so devastating that some pet owners have begun referring to it as rabbit Ebola.”

The virus is also currently ravaging wild and domestic rabbits in other places in the world, especially U.S.A and some parts of Europe.

According to Science alert, the virus, regarded as RHDV2 has hit the United States four times.

Animals vulnerable to RHD include wild and domestic rabbits; hare, and pika.

The month of June recorded another outbreak of Rabbit Hemorrhagic Disease (RHD) in Nigeria with over 5,000 rabbits already dead across the country, according to Omoloju.

He narrated the latest incident saying, “About three months ago, we had an outbreak which first broke in Ilorin where over 500 rabbits were destroyed. Why we were trying to contain it and investigate how it came in again, we also had other outbreaks in Oyo, Ogbomosho, Shaki, Ibadan and Idi-Iroko, Owode area.

“So, during this process we were unable to get to the root of what could have been the cause of how the virus was being transmitted. In the process of finding out more about the virus, we went to the UI (University of Ibadan) Lab and the Animal Care Lab with samples of the dead rabbits. They said it was feeds issue. But, we knew that couldn’t be true because the affected farms were using different feeds.

“From our own researches, we have been able to establish that it’s the virus. But, our laboratories are not well equipped to tackle it.”

There is consensus globally that the virus is one of the most difficult to diagnose and no treatment has yet been found.

So, where does solution lie?

Omoloju said, “After holding several meetings and talks on WhatsApp groups on how we could eradicate this virus, two suggestions were made- first is the use of vaccine and the second is stopping importation of rabbits from countries infected by the virus.

“So we have concluded that stopping importation of rabbits from those countries is a better solution for now.”

According to him, this is the first area where the farmers need government intervention.

“You know our borders are very porous and rabbits are still coming in via the borders. So, we want the government to assist us by banning importation of rabbits from those countries and making it a punishable offence. With this I believe we will be able to eradicate it.

“Rabbit farming in Nigeria is fast growing and more people are ready to come in, but they are afraid of losing their investment in just one week. Income from rabbit can contribute significantly to the economy of Nigeria. The same way the government stopped importation of rice, we want the government to also look at our own direction”, Omoloju appealed.

It’s against this background that pioneer rabbit farmer who is the major rabbits and rabbit waste off-taker in the country, Mr. Samson Olawale Ogunwole, issued a release recently, warning other farmers to stop further importation and inter-farm transfers for the moment.

“We have used moral suasion to persuade rabbit farmers to enable us prevent further spread of RHD Virus, but it is very disheartening that it is not working as affected farmers are still selling rabbits… If farmers can cooperate we can minimize the spread”, said Ogunwole.

Another assistance Adekolade Omoloju said farmers needed from government was bailout because, according to him, they have been put in financial dire straits by the merciless virus.

“The only help we have got came from the Chief Executive of Bella Rabbit Farm, Mr. Samson Olawale Ogunwole, who has always been assisting rabbit farmers in the country. He has been the main off-taker for us in the rabbit industry in Nigeria. He has been making maximum uses of rabbit waste such as urine and poo. He recently donated N1million to assist affected farmers. A good Samaritan also added N120,000. Government should also assist us”, he said.

Omoloju also urged the government to establish research institutes that could help to upgrade the local breeds to grow fast. Doing this, he said, will totally erase the need to import foreign breeds that sometimes compromise the health of animals in their farms.

When contacted, the Secretary of Osun State Rabbit Breeders Association, Prince Said Hamidu who is the CEO of Shaddle Feeds Farms said, though they were lucky not to experience the latest pandemic in Osun, farmers in the state were seriously hit by similar disease in 2017 during which his farm alone suffered causality figure of 207 rabbits.

“We fumigated all the farms and since then, we have not experienced similar incident”, Hamidu who also urged more government attention for farmers said.

How did RHD Virus originate?

Omoloju said his findings revealed that it was created in Australia to eliminate rabbits which were destroying farm crops in the country.

“In the process, the virus was exported to other countries such as China, US, France, etc. So, it became a pandemic”, he said.

THE NEW YORKER’s report also corroborates that myxoma virus, which causes myxomatosis was deliberately created in Australia in 1950 to eradicate wild rabbits which were creating “ecological disaster” in the country.

That report and others such as that of the POPULAR SCIENCE  also inform that RHD was first identified in 1984, in Jiangsu Province, China.

According to the reports, about a hundred and forty million rabbits were killed by the virus during the China outbreak. Soon it spread to other countries in Asia, followed by Europe, the United Kingdom, Australia, and the Middle East.