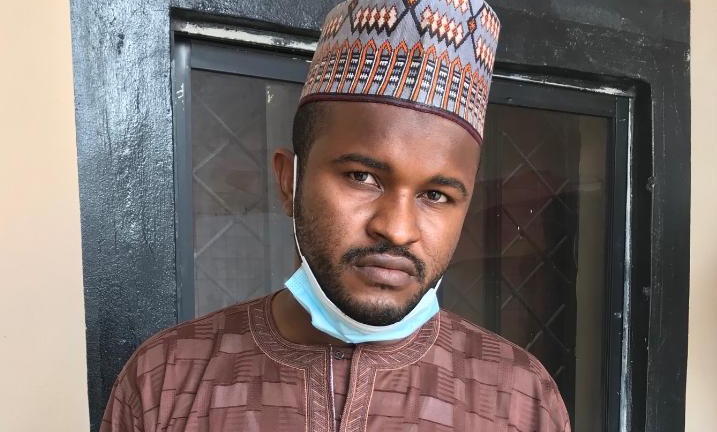 A bureau de change operator, Umar Goni Abdulrahman has been charged with criminal breach of trust, before Justice Usman Na’abba of the Kano State High Court.

Abdulrahman was arraigned on Tuesday by the Economic and Financial Crimes Commission, (EFCC) Kano Zonal Office.

A petitioner alleged that sometime in December 2019, the defendant obtained the sum of N29.7million from him, under the guise of selling the dollar equivalent to him.

It was further alleged that after defendant’s bank account was credited, he refused to give the petitioner the dollar equivalent.

He also failed to return the petitioner’s money.

The charge read: ”That you Umar Goni Abdulrahman, sometime in December, 2019 at Kano, within the judicial division of the High Court of Justice, Kano, being entrusted with the sum of N29,700,000 by Abdulrahman Ibrahim, which was transferred to your bank account No 3646288026, domiciled with FCMB for the purchase of United States of America dollar, fraudulently misappropriated same, in violation of the mode in which such trust is to be discharged, and thereby committed an offence contrary to Section 311 and punishable under Section 312 of the Penal Code”.

The defendant pleaded ” not guilty” to the charges when they were read to him.

In view of his “not guilty” plea, prosecution counsel, Idris Haruna, applied for a date to open his case and also requested that the defendant be remanded at the Correctional Service.

However, defence counsel, Adamu Kalandi moved a motion for bail for his client.

Subsequently, Justice Na’abba granted the defendant bail in the sum of N10 million, with two reliable sureties in like sum.

One of the sureties should be an owner of a landed property within the jurisdiction of the court.

The defendant and the sureties are to deposit two recent passport photographs with the registrar of the court.

Also, the sureties’ addresses would be verified by the registrar of the court.

The judge adjourned the case till September 22, 2020 for hearing.