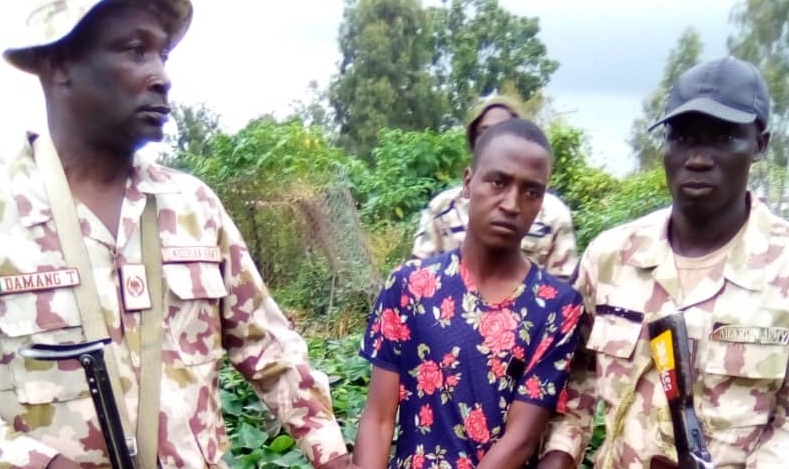 The Nigerian military today arrested one the six inmates who escaped after gunmen attacked personnel of the Nigerian Correctional Service (NCS) in Barkin Ladi, Plateau state on 23 July.

The escapee, identified as 19 year-old Adamu Yusuf was the second to be re-arrested.

The hoodlums opened fire on the personnel immediately they arrived the court premises with the inmates for trials, a situation that led to the escape of six out of the ten inmates.

Men of OPSH had on July 24, arrested Malam Mohammed Ibrahim, one of the fleeing inmates and handed him over to NCS.

Yusuf was apprehended by the troops inside an abandoned building at Bisichi village in Barkin Ladi.

Okonkwo said the Yusuf was arrested at about 3.30 p.m. on Tuesday.

“Our troops deployed at Bisichi village of Barking Ladi have rearrested Malam Adam Yusuf, one of the six notorious inmates that escaped last month after gunmen attacked the personnel of NCS at the High Court premises.

“This followed a manhunt launched by our troops to re-arrest the escapees.

“The rearrested criminal, who have confessed to be one of the escapees, would be handed over to the Plateau Command of the NCS,’’ he said.

The commander also said that efforts were ongoing to re-arrest the remaining inmates who were still at large.

He urged residents of the state to avail the security agencies with useful information on the whereabouts of the fleeing inmates.