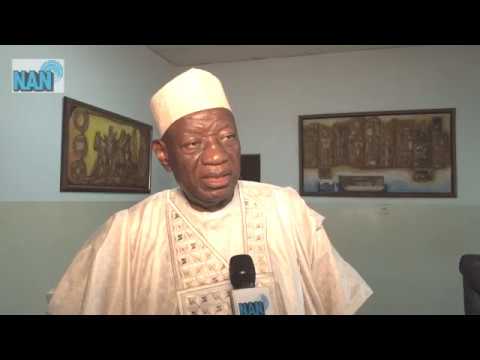 Mr Bayo Onanuga, former Managing Director of the News Agency of Nigeria (NAN), has said that the news of Wada Maida’s death came as “a shattering piece of news” to him.

“His death came to me as a shattering piece of news on Monday night. I will miss him. NAN will miss him sorely. He is another great loss to our profession,” Onanuga said in a tribute.

He said that Maida, Chairman of the NAN Board of Directors, was a “quintessential gentleman, who was never ruffled by anything”.

“He was a man of few words who was always calm and would always charm you with his smiles.

“I first met him in 1986, in Lagos, when I brought a message for him from Uganda.

“We met again in Malta in 1994, at a Commonwealth event, where we disagreed about the situation of things in Nigeria under Gen Abacha (former military head of state), but we continued to maintain some professional contact thereafter.

“He was one of the people who brought me to NAN. As Board Chairman, he was very cooperative to our management and ever ready to offer suggestions.

“I saw him as one of the people who built NAN to the level it is today, having been a pioneer staff and a leader for much longer than everyone else.”

Onanuga prayed to God to forgive Maida’s sins as a mortal, and accept his soul into Paradise.

He described Wada Maida as an accomplished journalist and quintessential administrator, who touched a lot of lives positively, and ensured that those who served under him while he was Editor-in-Chief and Managing Director got career progression.

“As Managing Director, he created opportunities for everyone to grow, your tribe or faith never a consideration. A juggernaut is lost. May God Almighty rest his soul,” Ali said.

“His death has come at a critical moment of need. May Allah reward him with Paradise for a life well lived for humanity,” he said.

“Maida made me develop interest in journalism. He was at that time the Editor of the school newspaper called Katsina Courier. I was in form One and he was in Form five. I contributed an article that was published,” Husaini recalled.

He described Maida as a great leader who inspired everyone that worked around him.

NAN reports that the former Editor-in-Chief and Managing Director of NAN died peacefully in his home on Monday, Aug. 18. He was aged 70.

Maida, who until his death was the Chairman of NAN’s Board of Directors, was buried at the Gudu District Cemetery on Tuesday.