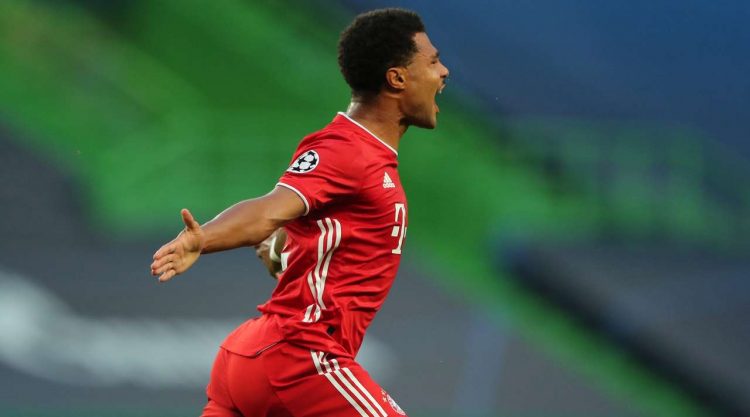 Bayern Munich have thrashed Lyon 3-0 to set up a mouth-watering final clash with Paris Saint-Germain.

Bayern, favourites to win this year’s Champions League tore Lyon apart and were 2-0 up before the end of first half.

Serge Gnabry was the hero of the day as he got a brace for the German side, which took control of the match from the beginning to the end.

Bayern got the first goal of the match on 18 minutes through Gnabry, who collected a good pass and blasted the ball from medium range into the top left corner, giving the goalkeeper no chance.

Gnabry made it 2-0 on 33 minutes, as he slotted the ball into an unguarded net from close range after a shot rebounded off a defender.

Bayern completed their demolition of Lyon with the third goal on 88 minutes.

Joshua Kimmich flights the free kick into the box, where Robert Lewandowski peeled off his marker and headed straight into the left side of the net from the edge of the six-yard box.