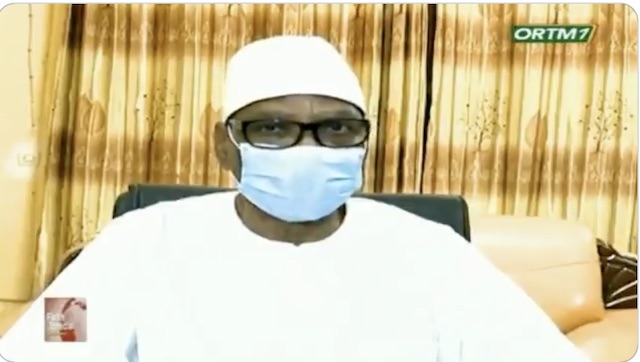 President Ibrahim Boubacar Keïta has resigned. He announced this in a televised address on Tuesday, as the coup in Mali unravelled.

He also dissolved the parliament and the government headed by Prime Minister Boubou Cisse.

The turn of events followed a mutiny on Tuesday by soldiers, who later arrested him and Prime Minister Boubou Cisse, in what transformed into a coup d’etat.

“I want no blood to be spilled to keep me in power,” Keita said.

Keita resigned after he and Cissé were taken to Kati military camp, the staging post of the mutinous soldiers.

The coup capped days of protests by Malians, dissatisfied with corruption and the Keita’s poor record in fighting Jihadists. The Keita won re-election in 2018.

The opposition coalition against him was led by the conservative Imam, Mahmoud Dicko. He rejected concessions from Mr Keïta, including the formation of a unity government, as promoted by ECOWAS.

According to the BBC, the coup is being led by Col Malick Diaw – deputy head of the Kati camp – and another commander, Gen Sadio Camara. .