Edo: Oshiomhole visited Buhari to demand federal might, Wike will be caged 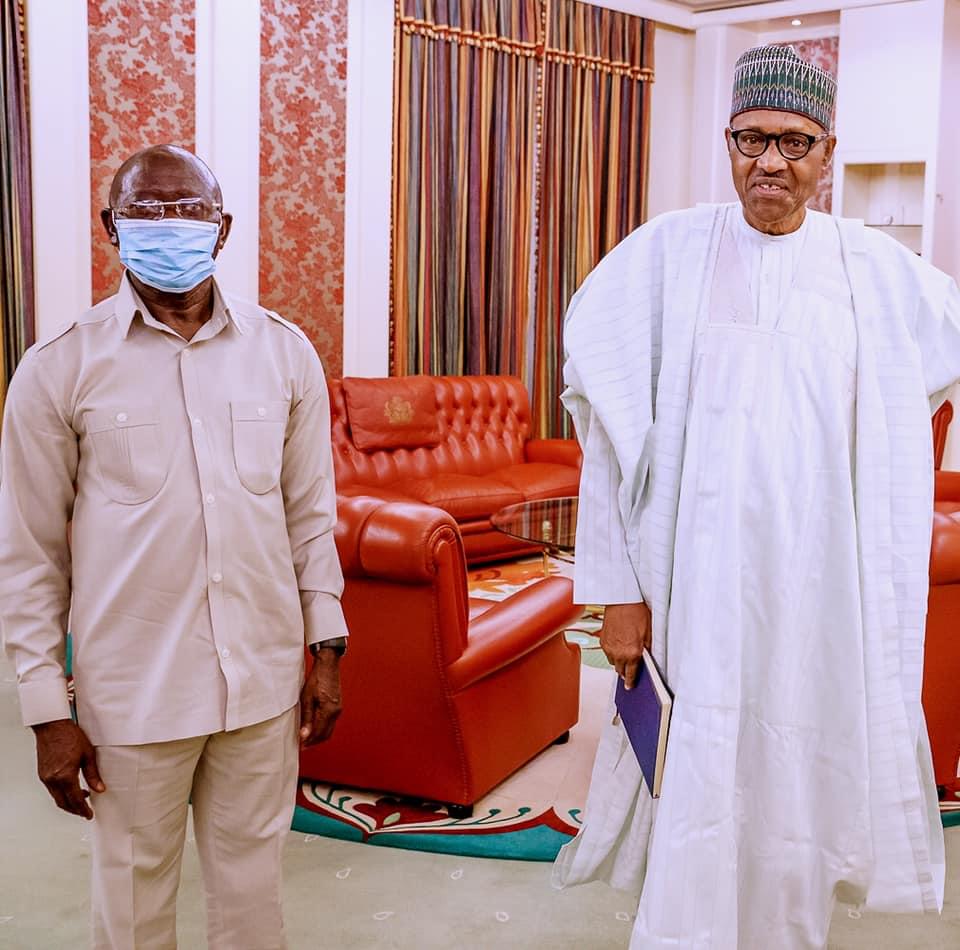 The recent visit to the Presidential Villa by the immediate past National Chairman of the All Progressives Congress, APC, was to ask President Muhammadu Buhari for the presence of federal might in Edo State during the September 19 governorship election.

According to Bamgbose, Oshiohmole is on a do or die mission in the election scheduled for September 19 in Edo.

Adams Oshiomhole who met Muhammadu Buhari on Monday had said he went to brief the president on what is happening in Edo state.

Oshiomhole said: “I briefed him on what is happening. You know his attitude is always clear about the Nigerian electorate, that their rights must always be respected.

“Anybody using unlawful weapons, violence to intimidate the electorate, the president will never support such causes. And on that, we are together.”

Oshiomhole added that he had run elections in Edo state three times without violence and that “the only thing that has changed is: who is the governor, who boasts of his immunity and so on.”

However, Bamgbose claimed that Oshiomhole is the one desperate for power and his political survival.

Bamgbose said: Oshiomhole “is excessively desperate to ensure that Pastor Eze Iyamu, the APC candidate, wins at all costs.

“The estranged National Chairman must have visited the President to get his permission, to use maximum force, be it military and otherwise, to achieve his aim.

“Oshiomhole will certainly need the President’s support to disorganise Obaseki. He will surely act like a wounded lion, as far as the Edo Governorship election is concerned.

“Anyone expecting a free, fair and peaceful election in Edo State come September, should be a daydreamer. The election will be volatile and violent.

“Lives may be lost. The two major parties, APC and PDP will slug it out in a desperate battle. I’ll advise the registered voters in the election, to be security conscious.

“The election may be heavily militarized. Tinubu is giving full support to Oshiomhole, because of his presidential ambition come 2023. Obaseki security Aides may be withdrawn before the election.”

Bamgbose also alleged that Governor Wike, who is the Chairman of the Peoples Democratic Party National Campaign Council for Edo 2020 Governorship Election, has been targeted and will be caged few days to the election.

“Wike will be weakened a few days to the election. I foresee a plan in the offing to cage him. My humble plea for the voters is simple, they should not sacrifice their lives for any politician.”