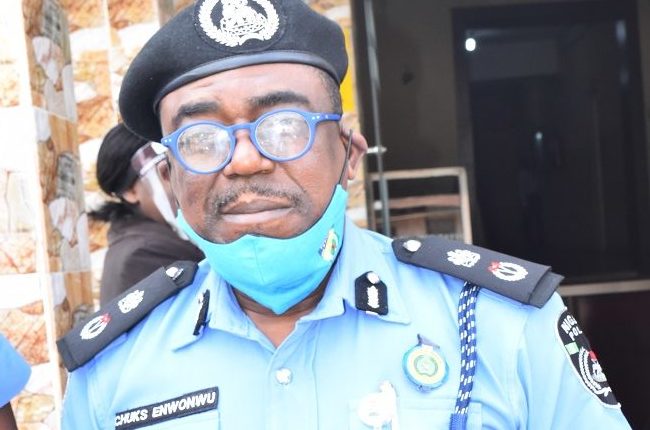 Two policemen in Ibadan have been arrested over the escape from custody of suspected serial killer, Sunday Shodipe.

This was disclosed by Oyo State Commissioner of Police, Joe Nwachukwu Enwonwu who revealed that the prime suspect of the alleged murderer’s escape in Akinyele local government area of the state is an off-duty police Inspector.

The Oyo police CP also said that an Inspector who was on duty when the suspect escaped has also been detained and currently facing an orderly room trial as he assured that the circumstances around the alleged murderer’s escape would be thoroughly investigated.

Enwonwu vowed he would ensure the arrest of all parties involved in the escape of the suspect from police custody, as he ordered his men to be at alert with a view to dealing decisively with criminal elements in the state.

The suspected serial killer, Sunday Shodipe’s escape has aroused tension and now becoming a controversy as residents are reacting in many ways to the suspect’s escape.

The CP assured that the police would do all they can to ensure the suspects re-arrest and see to it that Oyo State becomes crime-free.