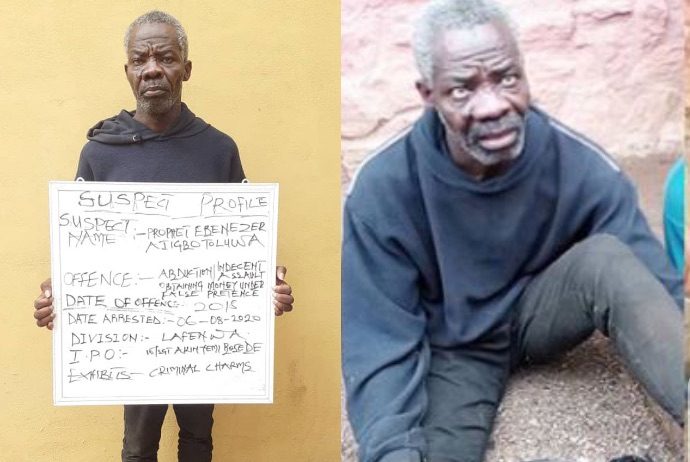 Just for illustration: another pastor arrested in Ogun Ajigbotoluwa

A 57-year-old pastor, known as Prophet Ebenezer Ogunmefun, has been charged with one count of sexual abuse of a 15-year-old girl.

Ogunmefun was arraigned by the police at the Chief Magistrates’ Court in Abeokuta on Wednesday.

He alleged that the defendant, who claims to be a prophet, told the victim’s mother that the 15-year-old girl was possessed by evil spirits and needed ”cleansing,”.

The prosecution alleged that after sexually abusing her, the defendant asked her not to inform anybody which he asked her to use the bible to swear,’’ he said.

The prosecutor, however said the offence committed contravene Section 33 of the Child right’s Laws of Ogun, 2006.

The defendant pleaded not guilty.

Magistrate Solomon Banwo admitted the defendant to bail in the sum N750, 000 with two sureties in like sum.

Banwo ordered that one of the sureties must be the defendant’s wife and the other must be a community leader.

He adjourned the case till 2 September for hearing.