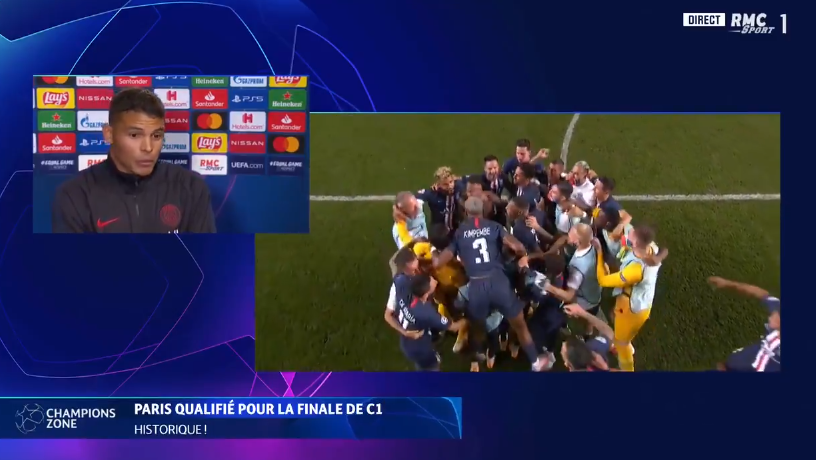 Thiago Silva has confirmed that the Champions League Final on Sunday will be his last match for Paris Saint-Germain.

Silva stated this while speaking to RMC, following their 3-0 win over RB Leipzig in the Champions League semi-final on Tuesday night.

Marquinhos, Angel Di Maria and Bernat all scored, as the Ligue 1 champions qualified for their first-ever final.

When asked about the match against Leipzig and his plan to exit PSG, Thiago Silva said;

“There were difficult moments. But today we have deserved to reach the final.

PSG are now set to face the winner of the encounter between Bayern Munich or Lyon.