Why I stopped acting - Iya Osogbo 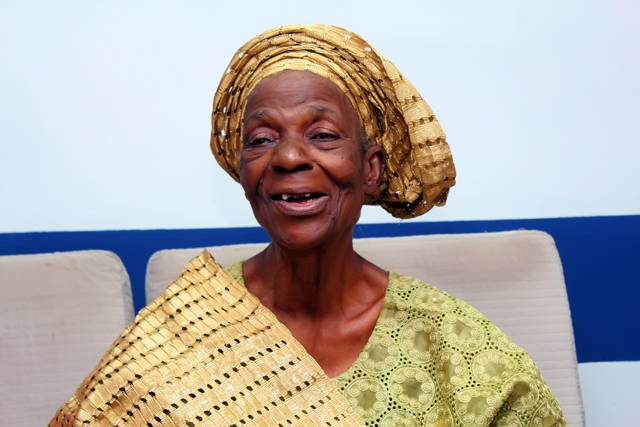 Veteran Yoruba actress Grace Oyin-Adejobi popularly known as Iya Osogbo has disclosed why she gave up on appearing on screen again as she clocks 90 on Sunday, August 23.

Iya Osogbo is the widow of the late Yoruba actor Oyin Adejobi who died in 2000.

During an appearance on a radio magazine programme on Space 90.1FM, Parrot Xtra Hour on Radio, anchored by Olayinka Agboola in Ibadan, Oyo State, Iya Osogbo said she started her acting career some 67 years ago.

She noted that she had already made her name before she acted in the movie Eran Iya Osogbo contrary to beliefs.

The actress spoke for the first time about the day an excited fan nearly run her car over her in Ibadan.

She said the experience has remained indelible in her memory.

“The fan eventually came down from her car to let me know that she merely wanted to exchange greetings with me. She later enveloped ten thousand naira and dashed me,” Iya Osogbo said.

The veteran actress expressed displeasure over the near-nudity in Nollywood today, advising actresses not to be deceived by the pleasures of the world but to believe they can succeed through hard work and the grace of God.

Iya Osogbo said she met her late husband Oyin Adejobi in her youthful days. They attended the same school and lived on the same street.

She said that apart from the death of her husband, the lowest point in her life was when her fourth child a female died.

“It took me a long time to recover from that experience,” she said.

However, her happiest moment was when she gave birth to her first child a boy in 1954.

Iya Osogbo who featured prominently in productions like Orogun Adedigba, Kuye, Kootu Ashipa and others said there would be no formal event to mark her 90th birthday.

“I got to attain this age because of God’s mercy. In addition, the almighty also gave me the wisdom of preserving my body and being moderate in all I have been doing. Our youths should emulate this too. They should learn to be God fearing too.

“All my admirers including colleagues and family members have agreed to postpone whatever plan they have to celebrate my 90th birthday because we must obey NCDC’s COVID-19 prevention rules,” she said.