A cup of tea, then screams of agony: How Putin's critic Navalny was 'poisoned' 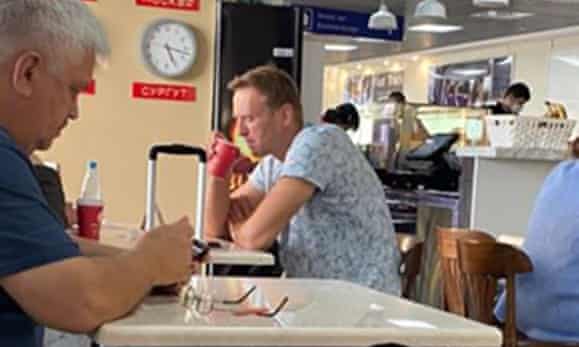 Alexei Navalny now out of coma in Germany

Efforts are underway to evacuate Russian political opposition leader Alexei Navalny from Siberia to Berlin for treatment as he has fallen into a coma, suspected of having been poisoned with a strong hallucinogen.

Navalny’s spokesperson, Kira Yarmysh, says meanwhile that the Russian health authorities had yet to grant permission for Navalny to be transported from the Siberian city of Omsk.

The Kremlin had said earlier in the day that it or the Russian Health Ministry would promptly consider a request to evacuate Navalny if received.

“We certainly wish a speedy recovery to him, like to any other citizen of our country,” Kremlin spokesperson Dmitry Peskov said in comments carried by state news agency TASS.

A cup of tea then screams of agony: How Alexei Navalny was poisoned and left battling for life

Navalny has been barred from Russia state television but he is nonetheless a celebrity figure.

In June he described a vote on constitutional reforms as a “coup” and a “violation of the constitution”. The reforms allow Mr. Putin to serve another two terms in office, after the four terms he has already had.

He recently travelled to Tomsk and his goal was to return to Russia to back independent candidates ahead of local elections next month.

He has also made it clear of his intentions to kick out the “crooks” from Vladimir Putin’s ruling United Russia party.

However, on Thursday morning he made his way to Tomsk’s Bogashevo airport for a flight back to Moscow.

At the airport, he ordered a cup of black tea at the Vienna coffee house.

According to The Guardian UK, another passenger- the local DJ Pavel Lebedev- snapped a photo of Navalny – paper cup in hand, about to sip his drink.

After the tea, Navalny, who was travelling with his press secretary, Kira Yarmysh, and a couple of aides, boarded the S7 flight to Moscow.

According to Lebedev, Navalny soon became unwell. His condition changed suddenly. He went to the loo at the back of the plane. He didn’t reemerge and appears to have collapsed.

“He started feeling really sick. They struggled to bring him round and he was screaming,” Lebedev said

However, the plane made an emergency landing in Omsk.

The doctors said he is now in a coma and they were trying to save his life.

Kira Yarmysh, the press secretary for the Anti-Corruption Foundation, which Mr Navalny founded in 2011, tweeted: “This morning Navalny was returning to Moscow from Tomsk.

“During the flight, he felt ill. The plane made an urgent landing in Omsk. Alexei has toxic poisoning.”

She added: “We suspect that Alexei was poisoned by something mixed into [his] tea. It was the only thing he drank since morning.

“Doctors are saying that the toxic agent absorbed faster through the hot liquid. Right now Alexei is unconscious.”