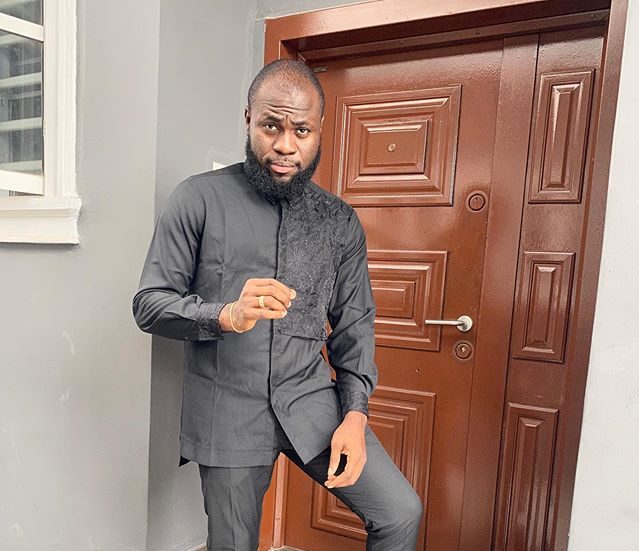 Popular Instagram celebrity and comedian Nosa Afolabi, professionally known as Lasisi Elenu has begun counting down to the airing of his web sitcom titled, ‘Mama and Papa Godspower.’

In an Instagram post on Thursday, Lasisi announced that the wait is over and said Episode 1 of Mama and Papa Godspower is coming to you.

The Comedy Series produced by him (Lasisi) ‘Mama and Papa Godspower’ features a family of four a man (Lasisi Elenu), his wife Ecquitus (Nonso Kalango) and his two children Godspower and Quality (Olamide Afolabi and Balogun Bashiru).

WINNER…….WINNER……WINNER…….. ….. 50K……… 50K……50K CONGRATULATIONS.. Posted @withregram • @mamaandpapagodspower And the winner is @shegzico He was chosen amongst other reasons – his simplicity in his execution of the brief. We would like to thank every one that participated in this challenge. It has once again shown that talent or skill is never the problem but opportunities for the showcasing of this talent and skills has and continues to be the problem. We have enjoyed the various entries and look forward to working with some of you on other projects. #mamaandpapagodspowerchallenge #mamaandpapagodspower #mamaandpapagodspowergraphics #webseries

The ace comedian has carved a niche for himself making short skits projecting himself in different ways as a lawyer, Lawyer atomic Bomb, and a Yahoo boy, with other popular fictitious characters Sinzu money and Spending.