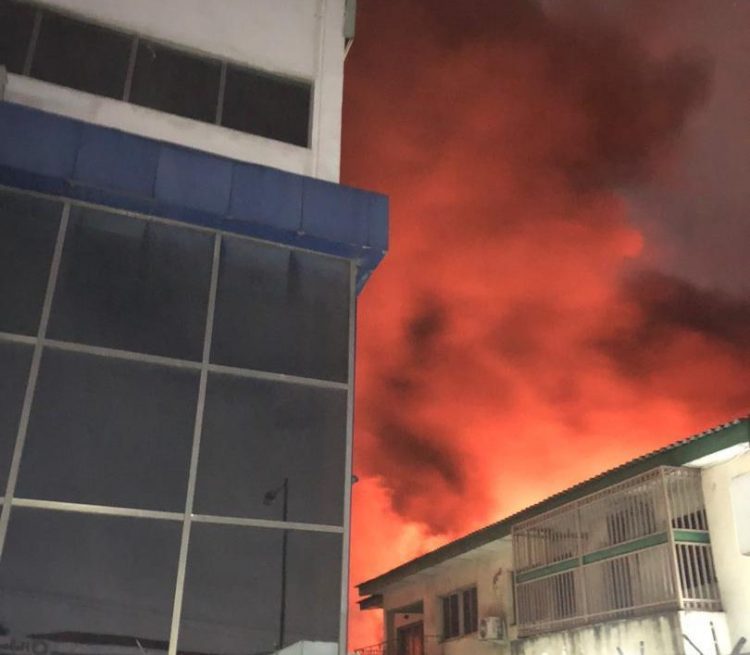 The fire began around 7:30pm, while the cause remains unknown.

“The combined team of LRU fire and LASG Fire Service have contained the fire and prevented it from spreading to other close properties,” he said.

Oke-Osanyintolu added that inspection of the affected areas revealed that the tailoring section, blocking section, galaxy department, cutting section and stacking area of the premises were affected.

“The cause of fire remains unknown while damping has been completed,” he said.