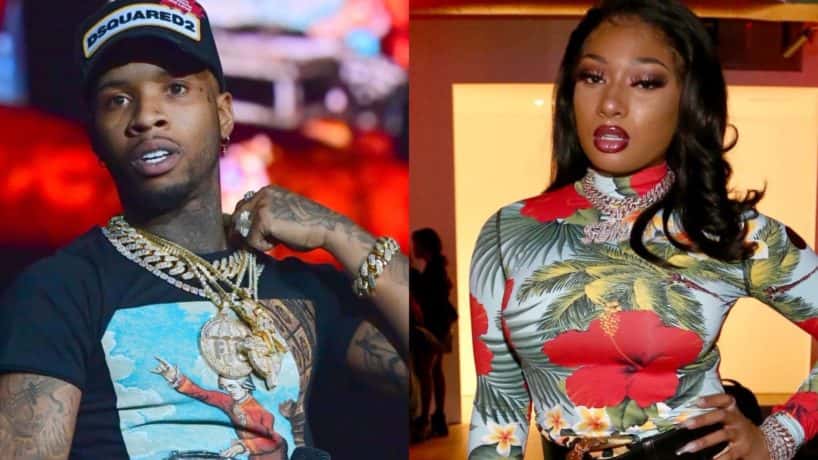 American rapper, Megan Thee Stallion has finally confirmed the rumours as she identifies rapper, Tory Lanez as her shooter in a July 12 incident in Los Angeles.

The music star made the confirmation in a fiery Instagram Live session on Thursday night.

“I’m from the south side it ain’t like I’m going to go to the public and tell the police about my business. I’m not going to allow you people to keep lying to my face,” she said.

“So you are so worried about it, Tory shot me! You shot me! and you got your publicist and people going to these blogs and lying, stop lying.”

PageSix had earlier reported that the rapper fired the gunshots during an altercation with Megan in his car.

In the early hours of that day, Lanez, whom Megan was said to be dating, was arrested for possessing a concealed weapon; Megan and two other people were in the vehicle with him at the time of the arrest, although the shooting took place beforehand – They had attended a party at Kylie Jenner’s Hollywood home earlier in the evening.

Speaking further on the issue, Megan said: “I tried to keep the situation off the internet but you draggin’ it.
”
Megan went on by attacking Lanez’s supporters who have made a series of explanations in the wake of the incident.

“Motherf—ers [claiming that] I hit him — I never hit you! Motherf—ers are like, ‘She mad because he’s trying to f— with Kylie [Jenner] — no, I wasn’t.

“There’s only four mother—ers in the car: me, you, my homegirl and your security — everybody in the car is arguing,” she continues. “I’m in the front seat, he’s in the back. I get out the car, I’m done arguing, I’m walking away.

“This n—a, from the backseat, starts shooting me! I didn’t get cut on no glass! Let me tell you why they saying that. There’s a witness – when the police came… this did not happen at Kylie’s house, this happened damn near back at the house I was staying at.

“The police come, I’m scared — the police [have been] killing Black people for no reason. They were really aggressive — you think I’m about to tell the police that we n—as got a gun in the car?”

Megan’s video is coming barely 24 hours after she shared photos from the injuries she sustained.