BBNaija: Kiddwaya is a tyrant - Praise 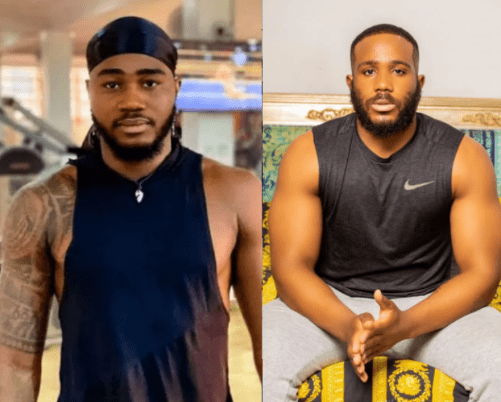 Terseer Waya, the son of Nigerian socialite, Terry Waya, and one of the hottest male housemates at the ongoing Big Brother Naija, has been labelled a tyrant by another housemate, Praise.

Kiddwaya and Praise got into a little argument on Friday, after Laycon confronted Praise on his attitude of making jokes at the expense of others.

Praise, however, defended himself saying its all cruise.

Kiddwaya then accused Praise of always making jokes at the expense of others.

In response, Praise called Kiddwaya a tyrant who should never be head of house again.

He said: “Kiddwaya should never be allowed to be the Head of house again. He is a tyrant.

“When he was supposed to declare the freeze during the Betway trivia games, he made sure he sat down before saying it.”

Kiddwaya had earlier described Praise as the biggest liar among housemates, during his diary session with Dorathy who acted as Biggie.

Giving his reasons, the billionaire’s son said: “Praise is the biggest liar in the house because he talks too much.

“People who tell too much stories tend to lie about them to make it interesting.

“No disrespect to him and his character but the things he’s made us believe he has done, to me I believe are lies.”