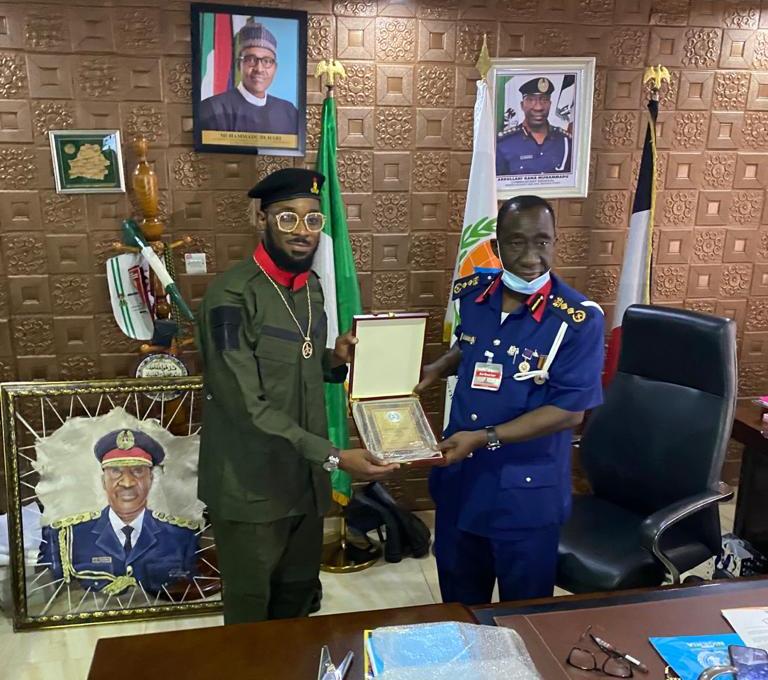 D’banj gave the commendation in a statement issued in Abuja on Saturday by his Corporate Manager, Mr Damien Okoroafor, following his decoration on Friday by the NSCDC Commandant-General, Abdullahi Mohammadu, as an Agro-Ranger.

The Agro-Rangers programme inaugurated in mid-2016 is expected to forestall attacks on farms, boost farmers’ confidence and to enhance FG’s food security plan.

D’banj said he would dedicate his life and personal effort to put the country and the NSCDC on the global map and ensure that the insecurity challenges suffered by Nigerian farmers would be a thing of the past.

“I find this initiative undertaken by the Nigeria Security and Civil Defence Corps as a wonderful opportunity to serve my country.

“Organisations or agencies such as the NSCDC need the support of the general public to do so effectively since they were established to protect Nigerian citizens.

“Being myself a farmer of over 15 years, I very well understand the challenges suffered by farmers as incessant and re-occurring attacks stifle production and productivity,” D’banj said.

NSCDC boss Mohammadu urged D’banj to always promote the initiative as government had concluded plans to employ young and agile people in the 36 states of the country and FCT as Agro-Rangers.

“Nigeria has witnessed an escalation of deadly attacks in several years between farmers and herdsmen in Plateau, Benue, Kaduna, Nasarawa, Taraba and Niger States.

“We expect that all hands should be on deck to make the initiative succeed and tackle head-on the insecurity crisis suffered by our farmers country wide.

“It is expected that the initiative will also create jobs and further empower the youth to participate more actively in playing a role in the system,” Mohammadu said.