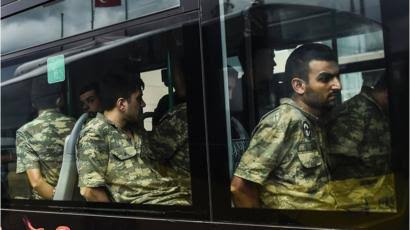 Turkish prosecutors on Saturday ordered the detention of 47 military personnel over their suspected links to a network believed to be behind a coup attempt in 2016.

Police launched simultaneous operations in 40 provinces across the country to catch the suspects upon the order of the Chief Public Prosecutor’s Office in the western province of Izmir, the NTV broadcaster reported.

The Police teams have already detained 36 of the suspects, it said.

On Tuesday, a large operation was conducted in 70 provinces to detain 141 military personnel, including soldiers on active duty, over their suspected connections with the network headed by the U.S.-based Turkish cleric, Fethullah Gulen.

The Turkish government blames Gulen and his network for masterminding the coup bid in July 2016, in which 250 people were killed and has been pushing for his extradition.