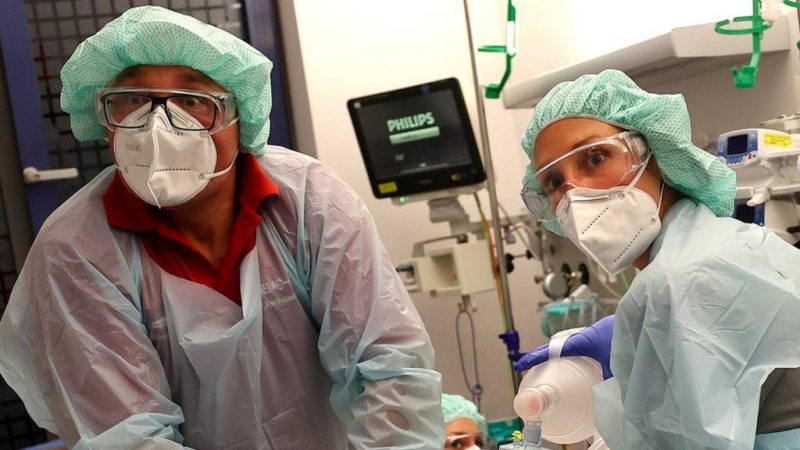 Coronavirus cases in Germany spiked again on Saturday with over 2,000 new cases.

This rate has not been seen since late April when 2,055 new infections were reported.

Over the last 24 hours, health authorities across the country recorded 2,034 new cases.

According to the government’s Robert Koch Institute (RKI) for disease control, this brings the total number of infections to 232,082.

Nationwide, there has been a large number of smaller outbreaks, which are connected to events including large family celebrations, according to an RKI report on Friday.

Additionally, coronavirus cases have been identified in travellers returning from abroad, especially in the younger age groups.

However, the spike also comes in the wake of a significant rise in testing.

RKI also said 9,267 people have died in connection with COVID-19, the disease caused by the virus.

That was up by seven, compared to Friday.

The institute estimates that around 206,600 people have recovered after catching the virus.