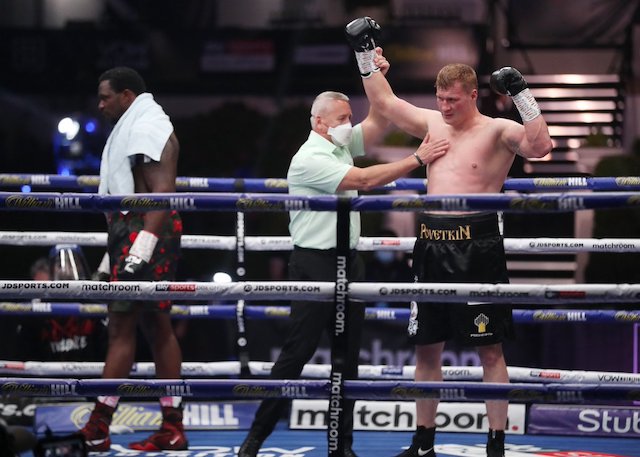 The boxing match was held on Saturday in Brentwood, Essex.

The bout ended with 40 year-old Povetkin landing an uppercut on Whyte to end it all.