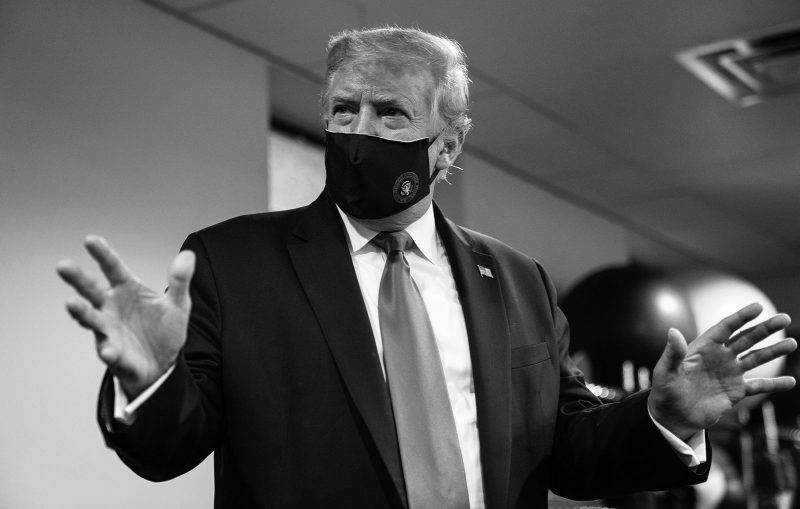 Trump, however, pressured the man he had picked to head the agency.

“The deep state, or whoever, over at the Food and Drug Administration (FDA) is making it very difficult for drug companies to get people in order to test the vaccines and therapeutics.

“Obviously, they are hoping to delay the answer until after Nov. 3. Must focus on speed, and saving lives!” Trump tweeted.

The tweet was directed at Stephen Hahn, the commissioner of the FDA.

Trump has said in the past that he hopes that a vaccine is developed around the time of the election.

Experts, however, have warned that any political interference in the vaccine testing and approval process could cast doubt and undermine its safety and legitimacy.

Any concerns about the vaccine could lead to a lower level of uptake, making it harder to battle the pandemic.

Hahn has repeatedly emphasized that the regulator will stick to its usual stringent scientific processes and has said that it has not faced any pressure to alter its criteria.

Larger clinical studies are underway for several vaccine candidates, involving up to 30,000 subjects.

If these are completed by autumn, the regulator could start the approval process, which is normally costly and lengthy.

U.S. government experts, including the government’s infectious disease specialist Anthony Fauci, have said they are confident a vaccine could be available in early 2021.