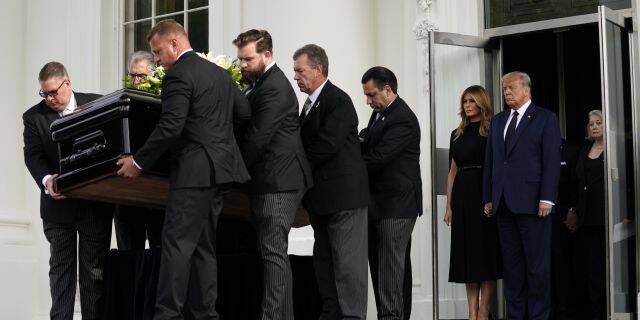 Robert Trump’s casket was transferred to a hearse outside the White House.

The president, First Lady Melania Trump and members of the Trump family took part in the procession.

Robert Trump, the president’s younger brother, died at the age of 71 on Saturday.

The details of his cause of death have not been publicly released.

In recent weeks Robert Trump had led a lawsuit on behalf of the Trump family in a bid to stop the publication of a tell-all book by the president’s niece, Mary, titled “Too Much and Never Enough.”

Robert Trump was formerly a manager in the family’s group of companies, Trump Organisation.