Why Obasanjo, Wike must not speak at NBA Conference 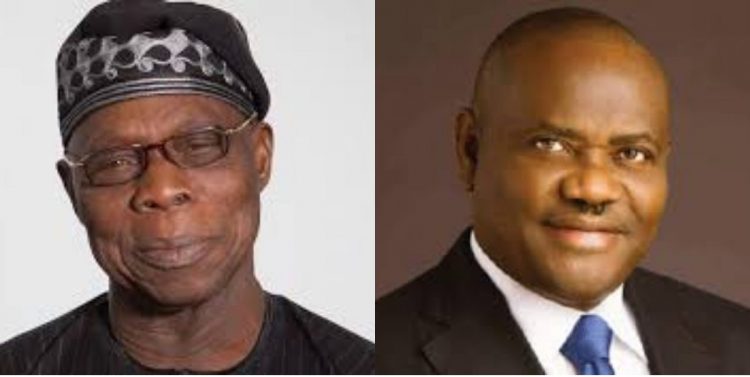 Muslim lawyers are agitating for the ban of former President of Nigeria, Chief Olusegun Obasanjo and Governor Nyesom Wike of Rivers State from speaking at the Nigerian Bar Association, NBA, Annual General conference.

The lawyers, under the aegis of Muslim Lawyers Association of Nigeria, MULAN, said Obasanjo and Wike were guilty of the same allegations that led to the removal of Governor Nasir El-Rufai’s name as one of the speakers of the conference.

Thousands of lawyers had signed for the barring of El-Rufai from the conference due to wanton killings in Southern Kaduna.

President of the Muslim Lawyers’ Association of Nigeria, Ibrahim Abikan, told The Punch that his association objected to having Obasanjo and Wike as speakers at the conference because they were allegedly guilty of the same allegations filed against el-Rufai.

According to him, the outgoing NBA president, Paul Usoro, SAN, contacted MULAN to suggest an alternative “Northern Muslim speaker” following the dis-invitation of el-Rufai.

He said “MULAN didn’t suggest or recommend el-Rufai to be one of the speakers, so, we wonder why we were approached to come up with an alternative Northern Muslim governor to replace el-Rufai.

“We insist that if any standard is set for withdrawing el-Rufai, the same should apply to other speakers too. El-Rufai is a public officer and any other person who has the same record of allegations of human rights abuses should also be disqualified.

“Our position is that whoever is going to be speaker should be able to give us quality presentation.”

Read more from The Punch.