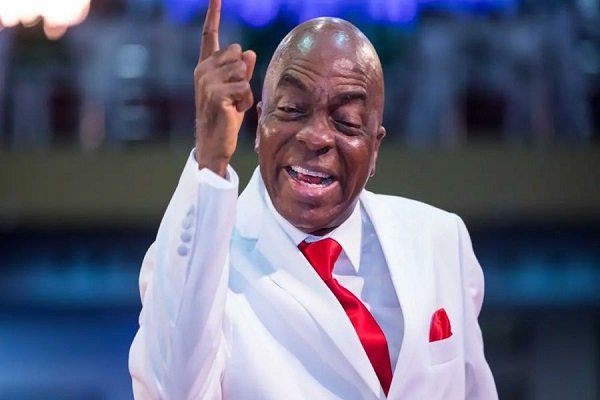 Presiding Bishop, Living Faith Church Worldwide, Bishop David Oyedepo on Sunday said the Federal   Government and others were gyrating and scared after he threw a bomb exposing the evil of the Companies and Allied Matters Act 2020 (CAMA) on churches last week.

Oyedepo had last Sunday said he would not live to see a supervising minister sacking the trustees of his church and appointing another as well as shut the account of the church.

He warned the Federal Government  not to try it and that the church was neither a company nor club for the government to control and regulate.

Since Oyedepo spoke, the Christians Association of Nigeria, CAN had also rejected the CAMA law, describing it as Satanic and a time bomb waiting to explode.

It called on President Muhammadu Buhari to immediately send the law back to the National Assembly for repeal as the Church would not watch unbelievers running the affairs of the church of God which is a spiritual matter.

However, Speaking on Sunday during his service at Canaanland, Ogun State, Oyedepo said the atmosphere was charged after he let out the bomb.

“My story may look primitive, but I won’t stop sharing it: I bought the last Newspaper in 1993. I am not a Media Specialist. During this COVID-19 propaganda by a lot of international media, I tried to follow through, I told my son, “never, again will I watch this stupid thing.”

”I said: my spirit man was choking by the volume of their lies. I shut it down. I am hearing purely from God at all time. If I say something sir, I am saying it by the Spirit of God.

”You know the bomb I threw last Sunday: He (God) gave it to me. They were gyrating, vibrating. You know that’s as my custom is: God tells me something, how you look is irrelevant; I will throw it ‘GBAM!’ YOU DON’T COVER YOUR HEAD, WHATEVER HAPPENS TO YOU; THAT’S ALL,” he said.

”Then you stand up: “Who are you? Where are you going?” and then they are scared out.
I am awake in the Spirit. In the name of Jesus, no devil takes your life for a ride anymore.”