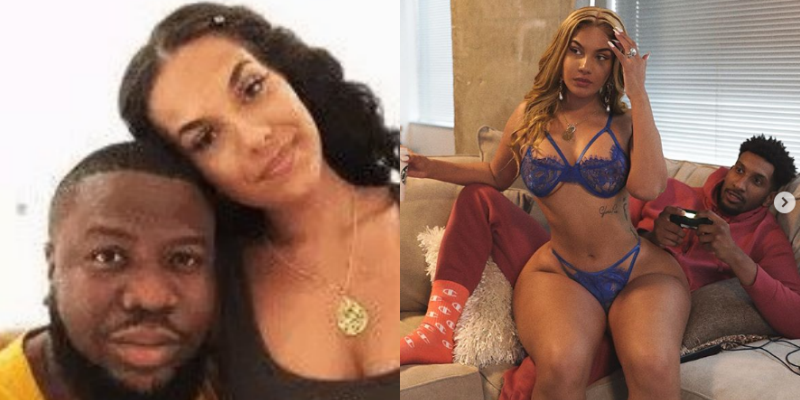 Amirah Dyme, the alleged girlfriend of Ramon Abbas, popularly known as Hushpuppi has unveiled a new man on social media.

This is coming after the internet fraudster was arrested by the FBI for duping over 1.9million people to the tune of over 160 billion naira.

He was arrested in Dubai on 5 June, along with another Nigerian Olalekan Ponle and 10 other suspects.

However, Amirah who used to flaunt her love for Hushpuppi took to her Instagram page with over 3 million followers to share loved up photos with the mystery man.

She wrote; “I’d never make him choose between me and his PlayStation. I’m just gon hurt myself.”

Meanwhile, a video about how Hushpuppi led the FBI to himself via his outlandish posts on Instagram was released.

In Dubai, Hushpuppi lived at the exclusive Palazzo Versace, while he a global network that used computer intrusions, business email compromise schemes and money laundering to steal hundreds of millions of dollars from companies. He even targeted an English Premier League club.