Police, fans clash in Paris after PSG lost to Bayern 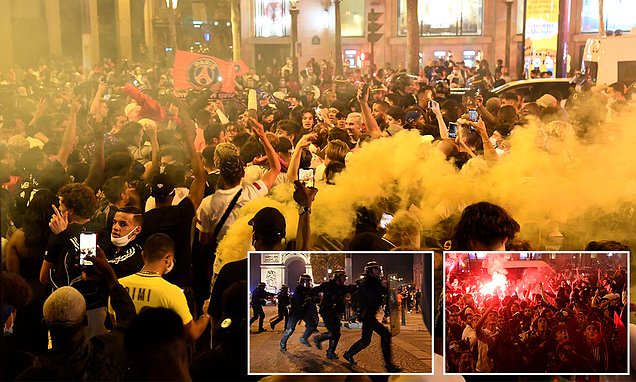 The riotous scenes in Paris after Bayern won the Champions League

Clashes between Police and Paris Saint Germain(PSG) fans were reported in Paris Sunday after the French champions lost the UEFA Champions League final to Bayern Munich.

Tear gas and baton charges were used by French police on thousands of gathered around the Parc de Princes, PSG’s home ground, and on the Champs Elysee.

‘Trouble started before the final whistle,’ said a fan at the Parc des Princes. ‘Riot police were out in force, and they came under attack when PSG went one-nil down.’

As he spoke, scores of tear gas canisters were aimed at fans, who fired red flares and fireworks back.

Videos posted on Twitter showed the concourse around the Parc looking and sounding like a war zone.

At one stage a white police vehicle was attacked by a small group of fans – prompting police to move in.

Riot police were also involved in skirmishes with gangs of youths in other parts of the city, including packed cafés, were arrests were made.–Daily Mail