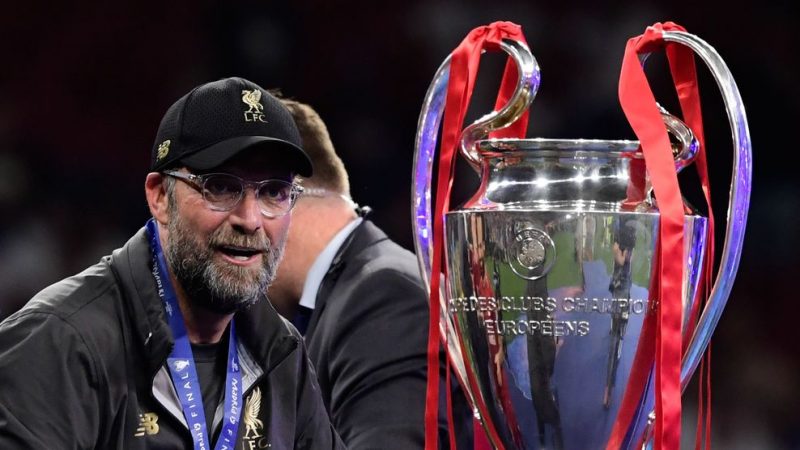 We are in the final business end of a memorable 2019/20 football calendar where Europe’s most coveted trophy- the UEFA Champions League is up for grabs.

Friday’s game meant that Victor Moses, who is currently on loan at Inter from English side Chelsea, missed out on the chance to lift a European trophy with the Nerazurri. Still, he joins a rich list of Nigerian players who have lifted one or both of the UEFA Champions League/UEFA Europa League trophies in their careers. Coincidentally, Moses is the last Nigerian player-alongside John Obi Mikel- to have lifted a UEFA trophy; the Europa League with Chelsea in 2013.

While we await the outcome of Sunday’s finale, we can go down history lane to the Nigerian players who have added at least one European trophy to their C.V.

Former Calabar Rovers winger, Finidi George wrote his name in the history books when he won the Champions League for Ajax Amsterdam in 1995, where they defeated AC Milan in the final with a 1-0 win. George was a terrific right midfielder during his playing days and became an instrumental figure for the Dutch team.

Kanu was also a part of the subliminal Ajax squad of 1994/95 season.

The lanky former Iwuayanwu Nationale forward was much of a super-sub in the second half, and he almost added his name to the score sheet that night when his shot hit the post. Kanu later featured in England before calling time to an illustrious career at the end of the FIFA World Cup tournament in 2010.

Barbed Wire Taribo West is widely regarded as one of the best center-back Nigeria has produced. The now pastor gave us proof to that claim with his heroics at the 1997/98 season with Inter Milan when he helped them win the UEFA Cup. The former Derby County defender was a mainstay at the heart of the Nerazurri defence in that season, and he was considered a top marksman. Inter ran out 3-0 winners over their Italian counterparts Lazio in the UEFA Cup final.

Chidi Odiah became a part of this list when he played a part in Russian side CSKA Moscow UEFA Cup success in 2005. The former Julius Berger player was converted into a full-wing-back position from his original midfield position thanks to his ability to defend, attack and shoot with both feet. Odiah’s CSKA Moscow defeated Sporting Lisbon of Portugal 3-1 to lift the trophy.

Perhaps, John Obi Mikel is the most successful Nigerian footballer in Europe having won both of Europe’s prized assets at London club, Chelsea. And on record, he is the first and latest Nigerian to clinch both trophies. Mikel won the coveted Champions League with Chelsea under the tutelage of Roberto Di Matteo with a nervy win over this year’s finalist, Bayern Munich in 2012. The holding midfielder followed that up the following season with the Europa League win against Portuguese side, Benfica.

Former Super Eagles winger, Victor Moses was not a regular player for Chelsea when they swept aside Europe in two seasons. But he would feature in the Blues’victory against Benfica in 2013. The midfielder, who made his Super Eagles bow in 2012, signed for Chelsea in 2012 and has gone to represent Liverpool, Stoke City, West Ham, Fenerbahce, and now Inter Milan.