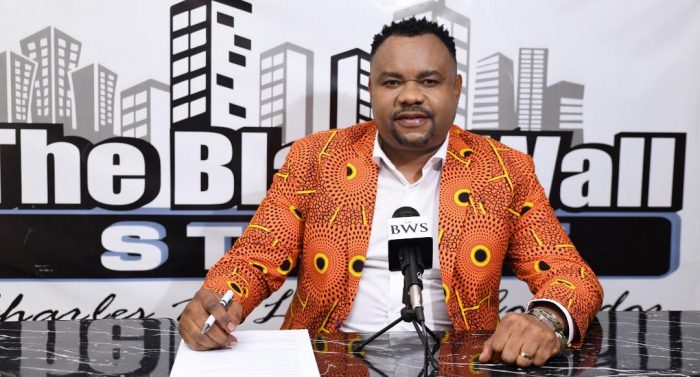 The governments have tried their best but failed and now, it is time for Africans to ignore the governments and build a new nation through the power of private sectors.

Africa is where it is today because the governments have been the ones making all the economic decisions which have not brought any economic growth for years.

Private sectors which contribute 80% of the continent’s Economic growth has the power to transform societies, boost prosperity, and enable citizens to thrive.

This economic growth benefits the poorest members of society, accompanied by more and better jobs, which is one of the main routes out of poverty.

The Black Wall (BWS) Street through its Economic War has been at the forefront in helping Africa transform its economy and create productive jobs by supporting investments to build essential infrastructure, helping workers develop skills, and facilitating greater access to markets for citizens and businesses through economic integration.

The Economic War, which is Led by Charles N Lambert, the Chairman of the Black Wall Street, is to bring together private sectors, African multilateral institutions to identify opportunities and address constraints for changing the investment landscape in Africa.

Lambert believes that all private sectors need to collaborate in connecting African businesses to better market opportunities, creating vibrant and competitive value chains, including production, processing, and distribution, which are key pathways to creating jobs and improving GDP.

Building a new Nation using the power of private sectors is targeted at diverting the over $203 billion on capital flight to Africa, retaining this money in Africa, making Africans buy African products, supporting African Businesses! And only private sectors can do this.

The Black Wall Street with the entire private sectors who are willing to partner is committed to working in Africa to help ensure that the continent has the ability to build private investment, create quality jobs, and realize better development outcomes for people where they live.

Africa is home to the world’s youngest population and is ready for an economic transformation that could change the trajectory of the continent into a new nation.

A rapid transition to an economy run by private sectors can boost productivity, delivering jobs.

Hence, the BWS is offering Africa its very first economic ideology which it has tagged the “Ubuntu Spirit” aka Compassionate Capitalism.

This ideology according to Lambert, who made the big announcement, is a massive opportunity for those who believe in Africa and have been in the management level operations but couldn’t just ever make it to that prestigious Chief Executive Officer (CEO) level either because the opportunities didn’t come up, or racism or sexism or prejudice stopped you from hitting that high-level corporate ceiling.

BWS demonstrates this in 28 basic human needs Apps which are designed to bridge the development divide between developed and underdeveloped countries.

The BWS believes it is time for this kind of economic philosophy to rule the world and it needs you to bring your greatest skills, expertise, experience, knowledge, exposure, ingenuity, and empathy to a mission that will restore the image of black people everywhere in the world.