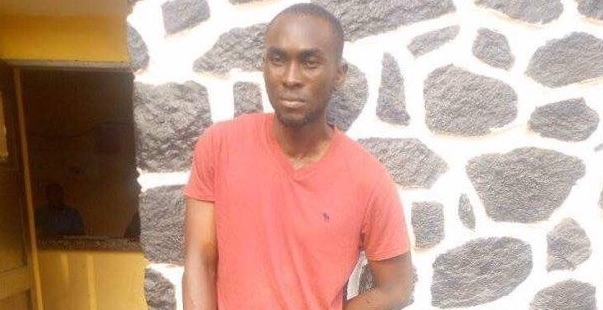 The Nigerian Institute of Quantity Surveyors (NIQS), the umbrella body for all Quantity Surveyors in the country has disowned Mr. John Osagie Otema who has been sentenced to 50 years’ imprisonment for raping a 19-year old student of the University of Lagos.

The 34-year-old Otema, who claimed to be quantity surveyor and facilities manager, was sentenced by an Ikeja Sexual Offences and Domestic Violence Court, headed by Justice Abiola Soladoye.

The President of the Institute, QS Mohammed Abba Tor, FNIQS made the clarification in a statement made available to newsmen in Abuja on Friday, saying Mr. Otema is not a Quantity Surveyor.

PM News had quoted a report by the News Agency of Nigeria (NAN) which referred to the convict as a “Quantity Surveyor and a facility Manager.”

However, NIQS President in a statement titled, “Re: UNILAG Alumnus Jailed 50 Years for Raping Student on Campus” noted that Mr. John Osagie Otema is not a member of the Institute.

The statement reads in part, “The attention of Nigerian Institute of Quantity Surveyors (NIQS) has been drawn to a publication in the Tuesday, August 18, 2020 edition of Thisday Newspaper on the conviction of one Mr. John Osagie Otema who has been sentenced to 50 years imprisonment for raping a 19-year old student of the University of Lagos.

“It is necessary to inform the public that as the professional body saddled with the responsibility of training, regulating and continuously enhancing ethical standards and technical competence of Quantity Surveying practice in Nigeria, we can say without any fear of equivocation that convict under reference, Mr. Otema is not a Quantity Surveyor.

“Available record shows that Mr. Otema was at no time either trained or certified by the Institute to practice the profession of Quantity Surveying in Nigeria,” the statement said.

The statement added that the Institute would never harbour or spare any of its members that commit a crime, emphasizing that the NIQS is a responsible body run by a strict code of ethics.