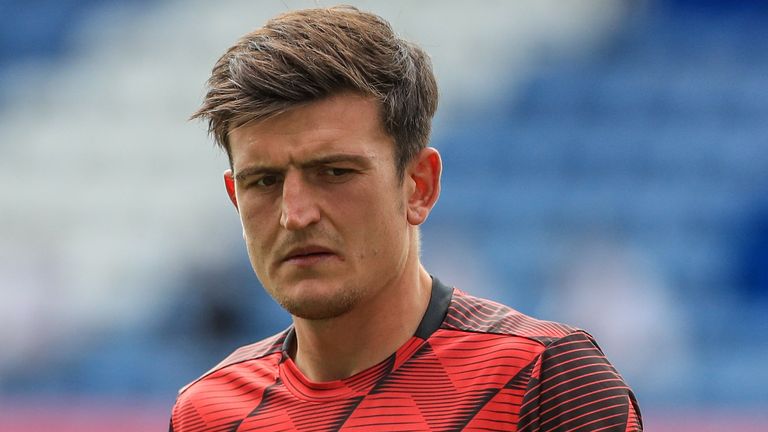 A court in Syros, Greece on Tuesday handed Manchester United captain Harry Maguire a 21-month suspended sentence, after he was found guilty of assaulting police, verbal abuse, and attempted bribery.

The court convicted him and his brother Joe on all the counts.

His friend, Christopher Shaman was found guilty on two counts: two assault charges and another of verbal abuse.

Maguire was sentenced just hours after he received the backing of England manager Gareth Southgate, who named him on Tuesday in his next international squad.

Maguire and the two others were arrested at a Mykonos bar in Greece on Friday night, after a brawl.

The three men spent two nights in jail, before they were taken to see the prosecutor in Syros.

Ioannis Paradissis, lawyer for two of the policeman involved in the case said the footballer should ‘hang his head in shame’.

The Daily Mail quoted the lawyer, as saying: ‘Harry Maguire is a disgrace. He has invented a pack of lies and has not had the decency to apologise.

‘He has insulted our police officers and he and his friends left three of them injured. They had to be taken to hospital and were brutally beaten by Maguire, his brother Joe and their friend.

‘Maguire and his friends then invented a story about Albanians attacking his sister. I’ve never heard such rubbish. This was a shameful attempt to cover up their disgusting behaviour and an insult to Albanians and the Greek police.

Million of fans will now be looking to see if the player keeps his place for next month’s UEFA Nations League fixtures against Iceland and Denmark.

England coach, Gareth Southgate had warned he could be dropped ‘if facts of information changes’.