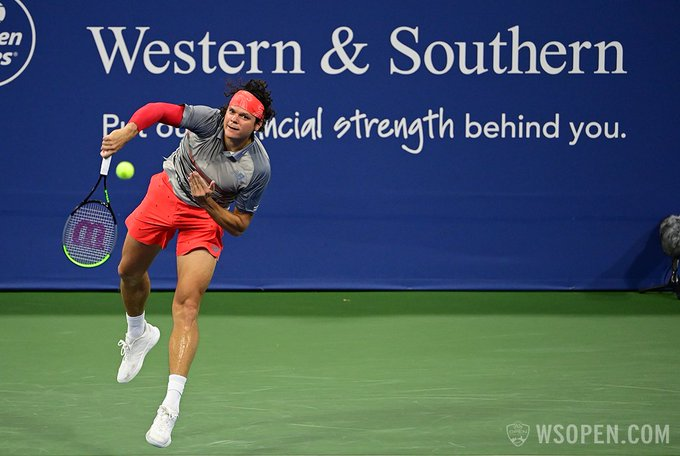 Andy Murray was unable to continue his fine run at the Western & Southern Open on Tuesday.

Murray, a former two-time champion of the event, was stopped by Milos Raonic who sealed his first win over the Briton in six years.

Murray headed into his last-16 date with Raonic having stepped up his return to competitive tennis with impressive wins against Frances Tiafoe and world No 7 Alexander Zverev.

But the Scot, who has battled injury problems, including two major hip surgeries, was left frustrated and unable to reach the same heights against Raonic in a 6-2 6-2 defeat.

“It was poor,” admitted Murray during his press conference.

“I didn’t play well, yeah, it was not a good day. The positives are that I got three matches in. Physically, I pulled up OK. Today, I don’t know if it was because I was fatigued or not. I didn’t feel particularly tired but I was certainly hitting some pretty bad tennis shots.

“I’m not happy with that level of performance, to be honest, so clearly a lot of work to do on my game before the US Open starts,” Murray told Sky Sports.

A scrappy fifth game by Murray handed Raonic the first break of serve in the match. The big-serving Canadian, who had already dumped out British No 1 Dan Evans a day earlier, appeared eager to make the Scot his next victim at the tournament.

Murray has enjoyed a dominant record against Raonic, coming into the contest having won their previous eight matches, including the 2016 Wimbledon final.

But the world No 30, who reached the quarter-finals of the Australian Open and semi-finals at Delray Beach before the coronavirus pandemic caused the shutdown of the tennis season, looked to continue where he had left off.

He took advantage of a subpar Murray to serve out the set as dark clouds gathered over the Grandstand Court at Flushing Meadows.

Play was suspended at 30-30 in the opening game of the second set due to torrential rain and Murray was the first person to retreat straight to the locker rooms to gather his thoughts with coach Jamie Delgado.

After a delay of over an hour, they returned to court but it was the tall Canadian who broke through before using his booming serve to rally from 0-30 down in the next game to hold for 2-0.

It was a lead he was not going to relinquish, and one in which he soon extended with a further break in the seventh game before serving out the contest in 88 minutes.