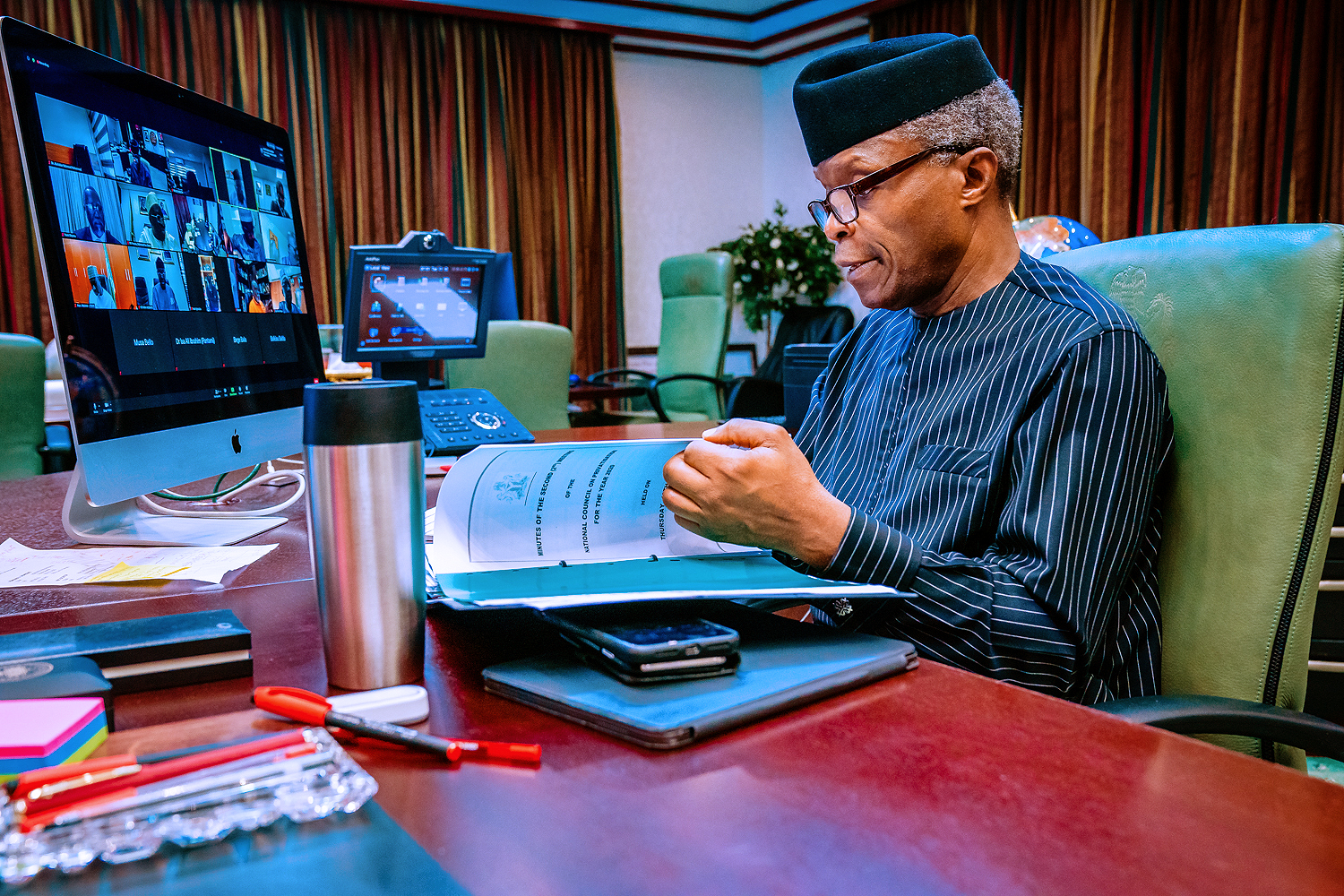 Vice President Yemi Osinbajo said today that the Buhari administration will not sweep the major issues underlying the Southern Kaduna conflict under the carpet, in order to effectively deal with the crisis,

According to him this includes “ensuring justice, fixing economic marginalization and the prosecution of persons responsible for these murders -this is to ensure that the impunity doesn’t worsen.”

Prof. Osinbajo spoke at the ongoing Nigeria Bar Association Annual General Conference during a Special Conversation featuring him and the Speaker of the House of Representatives, Mr. Femi Gbajabiamila.

Speaking on the way forward in the Southern Kaduna conflict and making reference to his personal experience, the Vice President said, “I have been involved since 2001 through the work of the Macedonian initiative, an NGO that focused on providing relief materials to displaced persons in Southern Kaduna and several other places especially in North Central part of Nigeria.

“There have been judicial commissions and all sorts, but the problem remains. So, there is the need to address the underlying issues. You can’t sweep under the carpet, justice and the cries of economic marginalisation.

“The fact is that we must prosecute persons responsible for these murders or otherwise impunity will worsen. And also support those who have lost their bread winners.”

“Mindless, callous killings in Southern Kaduna are heartbreaking. And again we must condole those who have lost loved ones and those injured or who have suffered loss of property. These tragedies are unacceptable and they are avoidable.”

Highlighting what the Federal Government has done and is currently doing to deal with the situation, Prof. Osinbajo said, “First is the improvement of security in Southern Kaduna. Now, we have a military base there, for the first time. We also have a lot of Air Force surveillance.

“We have about 500 conventional and Mobile Policemen in Zangon-Kataf and Kaura Local Government Areas and then the combined military team of the Army and the Navy who are also on ground 24 hours. This is basically to just take care of the volatile situation there.”

“The President has also had several Security Council meetings and I have attended all of those, where the issues were discussed and the possibilities of engagement have also been discussed.”

“I have also engaged with community leaders in Southern Kaduna and also I have engaged with the governor to look at what peacemaking efforts are possible.”

The Vice President expressed optimism that the issues would be resolved noting that “some of the peacemaking efforts have been fairly successful” as recent peace efforts between the Zangon-Kataf and the Fulani communities would yield positive results.

“But there is also a lot of work going on to ensure that some of these fundamental issues are being addressed and it’s an evolving situation, but it’s something we can’t afford to ignore and it’s gone on for far too long and it’s redressable and possible for us to resolve.”

The Speaker of the House of Representatives, Hon. Femi Gbajabiamila, spoke about the collaboration between the Executive and the Legislature under the Buhari administration in addressing some of the critical issues facing the country.

He said the actions of the House of Representatives would continue to be guided by the legislative agenda adopted by the House at its inauguration in 2019 which is in line with the vision of President Muhammadu Buhari.