Lagos and the coming rains 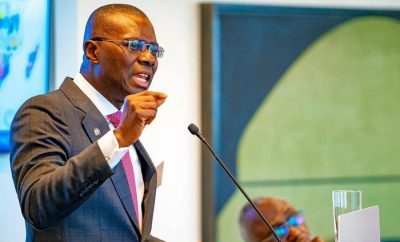 At the outset of the year, experts had predicted that Lagos would witness more rains than it has even experienced. Surprisingly, however, it is like the heavens have shut its windows against rains in the past two months. Considering the attendant challenges of rainfall in the metropolis, many residents would be quite relieved by the situation.

Experts have, however, cautioned that the current situation might not last for too long. Consequently, the State government has forewarned residents on imminent heavy rainfall from the beginning of September, with a pledge that it is intensifying actions to minimise the effects on Lagosians.

According to the Commissioner for the Environment and Water Resources, Mr. Tunji Bello, work is ongoing on more than 200 secondary channels with over 80 percent at various stages of completion, just as 46 primary channels are presently receiving attention.

Bello further disclosed that the ongoing projects are in addition to the continuous work of the Emergency Flood Abatement Gang (EFAG) deployed round the State to undertake quick fixes to free manholes or clogged drains manually.

The Commissioner affirmed that one of the new measures put in place to combat flash flooding is the provision of pumping stations, with a pilot model being planned for Ilubirin in Lagos Island, explaining that the stations will promptly pump out of the water from flooded Neighbourhood to reduce the risk of damages to property.

Major flood-prone areas in the State that are natural buffers to the lagoon, like Isheri and its environs, Owode, Agboyi-Ketu, will also benefit from the initiative.

The efforts of the government in taking calculated precautionary measures to mitigate the effects of rains would best be appreciated by the discerning residents, considering Lagos’ peculiar topography. For a coastal metropolis as Lagos, once it rains constantly for a minimum of eight hours, there is bound to be flashflood caused by the increasing inability of effective discharge into the lagoon, which is brought about by a rise in the ocean level.

This naturally leads to drainage obstruction and, until the water level goes down, the drainages would be unable to discharge. This is what happens in most global coastal cities, including those who have adopted the best of technological advancements to curtail flooding.

It has, thus, become imperative for residents of low-lying areas that are contiguous to the Ogun River to be prepared for the possibility of their homes being flooded.

As always, the government is committed to a cleaner environment and quality public health through implementation of community based solid waste management, flood control, vegetal control and high standard of home and personal hygiene, sanitation, control of environment pollution (air, water and noise), beautification and advertisement control.

Consequently, its approach to tackling flooding is multi-faceted and multi-dimensional. It includes dredging, massive construction and expansion of drainage channels, desilting and excavation of silts to dumpsites, regular repair, clearing and cleaning of drainages, canals and collector drains across the state.

Currently, the government is combining public enlightenment strategies to sensitize Lagosians on this development and had taken the time to proffer solutions so that the volume of rains being expected won’t have devastating effects on lives and property.

Whenever it is observed that the intensity of the rains is much, it is advisable that people vacate flood prone areas. Equally, it is also important for the citizenry, especially children to stay indoors in order to reduce movement to the barest minimum. In fact, if it could be avoided, it is better not to drive while it is raining heavily. Similarly, residents should maintain strict personal and environmental hygiene at all times to avoid being victims of water borne diseases.

Since we now live in a hi-tech information age, it is also imperative that people listen to news reports and information on weather situations from various available credible mediums. This will really aid in planning movements and avoiding flood prone locations.

Also, in view of likely destructive thunder strikes that usually accompany windy rainfall, residents are strongly advised to always disconnect all electrical appliances whenever they want to sleep or go out. This will go a long way in checkmating rain induced electrical debacles. Similarly, children should be discouraged from touching electrical equipment when wet.

In as much as it is beyond human powers to stop rains, being a natural phenomenon, we should, at least, do things that are in our powers to lessen the negative consequences of rains.

Residents are enjoined to call 767 in case of emergency as well as report all cases of drainage blockages, dumping of waste into canals and other unauthorised places to the appropriate authority. It is only in doing this that they would be complementing the government efforts on the environment.