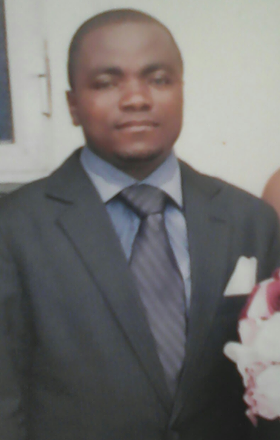 A businessman in Ikokwu spare parts market in Diobu, Port Harcourt, Rivers state allegedly committed suicide over his failure in his business undertaking.

The man, identified as Chinedu Peter Ogwa, 45, a native of Ebonyi State, was said to have drank rat poison at his residence, 35 Wokoma Street, Mile 3, Diobu on Thursday night.

He reportedly left a suicide note for his wife.

Speaking to journalists on Friday morning, the wife of the deceased, Mrs Chidinma Ogwa explained that she came back from church with her children and observed that the door was locked while a torch was  inside the house.

Mrs Ogwa revealed that she collected the key from where they usually keep it and opened the door and was greeted with the lifeless body of her husband and a substance suspected to be poison.

She disclosed that her screaming attracted neighbours who after observation advised that the matter should be reported to Nkpolu Police Division in Mile 3 Diobu Port Harcourt to incident the matter.

Mrs Ogwa said her husband dropped a note that she and her children should forgive him for the action he took.

She said the husband stated in the note that there is nothing to show for his over 15 years’ business operation.

Mrs Ogwa revealed that in the note, her husband asked them to sell the goods in his shop within three months and also left instructions on some of his possessions and the people was is owing.

She also admitted that before the incident, her husband had told her he wanted to drink rat poison, but changed his mind because of his love for the family and what people may say.

Mrs Ogwa explained she discouraged her husband from taking his life and told him to hold on to God.

The widow dismissed insinuation that she was having problem with her husband before his death.

According to her, the only issue she had with her husband is for him to stop going to ministries whom she felt were ripping him of his resources.