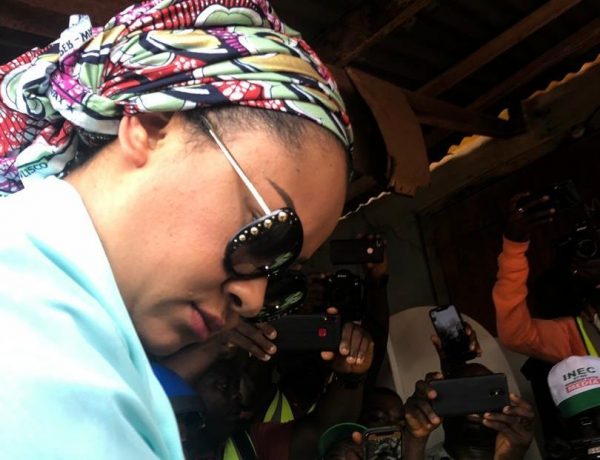 The Supreme Court on Monday dismissed the petition of Natasha Akpoti and her party, the Social Democratic Party asking it to nullify the declaration of Yahaya Bello as the winner of November 16 governorship election.

In a judgment delivered by Justice Uwani Abba Aji on behalf of seven-man panel of Supreme Court led by the CJN, Tanko Mohammed, the apex court held that Akpoti and her party failed to call witnesses to prove that the election was marred by irregularities.

The Panel noted that the witness called by appellant to prove that the votes she scored were not recorded for her confessed that he was not present at the polling units.

The Panel also ruled that no witness was called to prove the allegations that Bello and his deputy, Edward Onoja were not qualified to contest election.

Also, the Panel said Natasha and SDP failed to prove allegations of bribery and malpractices alleged and that she failed link Bello and his party, APC to the allegations.

The apex court therefore said the appellant failed to prove exclusion and that the election was marred by malpractices in the unanimous judgement. The apex court upheld the ruling of the appellate court and the tribunal

In her petition at the tribunal, Akpoti, and her party, the Social Democratic Party had asked the tribunal to nullify the victory of APC at the poll and order a rerun.

But the three-member tribunal, led by Justice Kashim Kaigama, in a unanimous judgment dismissed the petition.

The tribunal also awarded the cost of N100,000 to be paid by each of the two petitioners to each of the three respondents in the case; the Independent National Electoral Commission (INEC), the APC and Mr. Bello, totalling N600, 000.

Akpoti and her party had in their petition asked for the nullification of the November 16 election on the grounds that it was conducted substantially in contradiction to the Electoral Act and the electoral guidelines issued by INEC.

According to them, the election was marred by corrupt practices, violence, and over-voting in all the polling units in the 21 local government areas of the state.

They also alleged that Bello and his running mate, Edward Onoja, should be disqualified to contest in the election on the grounds that Onoja gave false information in his Form CF001 submitted to INEC concerning the circumstances of his exit from the banking industry.

According to them, while Onoja was sacked by the banks he worked with prior to his election as a deputy governor contrary to his claimed that he retired from the service.

They also alleged that Onoja falsified his age and forged his educational certificate to aid his qualification to stand the election.

But the tribunal in a lead judgment delivered by Justice Ohiamai Ovbiagele held that the petitioners failed to prove the alleged corrupt practices and falsification of results by any credible evidence.

He also noted that none of the petitioners’ 15 witnesses gave any evidence concerning over-voting, implying that the allegation was abandoned.

He held that testimonies by many of the witnesses were “patently hearsay devoid of any evidential value,” while those of some others were “ludicrous,” “unreliable” and “doubtful.”

“They are all doubtful illogical and some instances patently unreasonable,” the judge said.

“Any voter without a voter card should not be taken seriously,” he said.

He described as “absurd,” the attempt by the petitioners to “to prove their petition without polling unit agents.”

Justice Ovbiagele also noted that “the pieces of evidence that emanated from the cross-examination of all the petitioners’ witnesses, like a dynamite, shattered the testimonies of these witnesses.”

The tribunal also dismissed the age falsification allegation on the grounds that the petitioners failed to prove that either Bello or his running mate was less than 35 years old as of Nov. 16, 2019, when the governorship election held.

The judge dismissed the petitioners’ claim that Onoja was dismissed from banking industry but falsely claimed in his Form CF001 submitted to INEC that he retired from the bank.