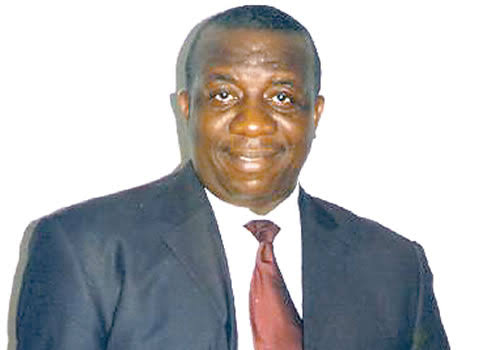 According to reports from sources who were present at the just concluded election, Ejiro who is the Chairman of the Board of Trustees of AMP was faced with serious pressure to support one of the presidential candidates named Mrs Peace Anyiam-Osigwe.

One of the power broker behind Anyiam-Osigwe’s candidacy, Mr. Adedayo Thomas, the Executive Director of National Film and Video Censors Board (NFVCB) supposedly wanted Ejiro to declare openly his support for Mrs Anyiam-Osigwe.

Thomas was alleged to have offered huge amount of money to Ejiro but the BOT Chairman, Ejiro, rejected all his offers because he, as the Board Chairman was expected to be neutral and not be seen to support any candidate for the election.

Sources close to AMP alleged that Thomas, the Censors Board, ED, called Ejiro over five times mounting pressure on him to support his candidate, Anyiam Osigwe, but Ejiro maintained his ground.

A night before the election in Asaba while Ejiro was in his hotel room there in Asaba, he started receiving calls from strange numbers all threatening his life and warning him he must come down the next day to endorse the election.

The last caller then says, “Mr Ejiro, if your life is important to you, better leave that hotel or die in the morning. It is either you support us or you die”.

Ejiro was reported to have been scared to death and so he quickly called his friend, Upper Willy who was also in the hotel.

Willy now arranged a cab and Ejiro disguised himself and escaped from the hotel and slept in an hotel at a remote village in Asaba.

On the morning of the election, Ejiro rushed back to pack his belongings to return to Lagos. But the Censor Board ED, who came to the venue with over 50 thugs blocked the gate with thugs and vowed that Ejiro would not leave the venue until he openly endorsed Mrs Peace Anyiam-Osigwe otherwise.

Delegates to the election were said to be too shocked at how the head of a government agency and the regulatory body for movie producers could be parading thugs and so involved in the election he was not supposed to come near in the first place.

Thomas was said to have boasted that he had the support of the Minister of Information to deliver Mrs Peace Anyiam-Osigwe at all cost.

It, therefore, took the intervention of many top members of AMP to release Ejiro from Thomas’ hostage and the Domitila producer quickly rushed back to Lagos.

AMP sources revealed that AMP election crisis started when the Censors ED started calling Michael Parish the second candidate for President to step down for Anyiam-Osigwe.

As Parish refused to step down Thomas started using threats. He was reported to have threatened Zeb Ejiro and a former president, Zik Zulu Okafor for their refusal to support Anyiam-Osigwe.

He was reported to have compromised AMP President, Ralph Nwadike who was running errands for him.

It was Thomas’ use of money and power to frustrate AMP traditional way of holding election that led to split of AMP and the parallel election in Lagos.

Now AMP has two elected officials for every post. The Lagos faction was accused of emptying AMP account, withdrawing over N2million without the President’s approval.

But the Lagos faction in turn accused Nwadike of withdrawing over N1million in one day to solve personal problems claiming it was for election and to support Mrs Anyiam-Osigwe.

Nwadike was reported to be directing AMP members and new members to pay annual dues to his company called Content Warehouse Ltd. while he personally issued them AMP receipts.

The Lagos splinter group is alleged to have put their documents together now to file criminal proceedings against Nwadike and to seek annulment of Asaba election for not following due process.

However, Anyiam-Osigwe, the Asaba elected President who was reported to have been peaceful all through the elections is said to reaching to all AMP members and even the Lagos version of AMP President, Parish, begging all to come together for the sake of AMP.

Her mature approach is said to be winning her sympathy and many AMP prominent members sharing her views. They are seeing more and more that she means well for their association. But the challenge is how to convince the Lagos faction to shield their sword and negotiate.

Another problem they say is how AMP could now get Adedayo Thomas out of their midst to solve their internal problems. For holding their BOT Chairman hostage and threatening his life