11 years after : Gani lives in our hearts 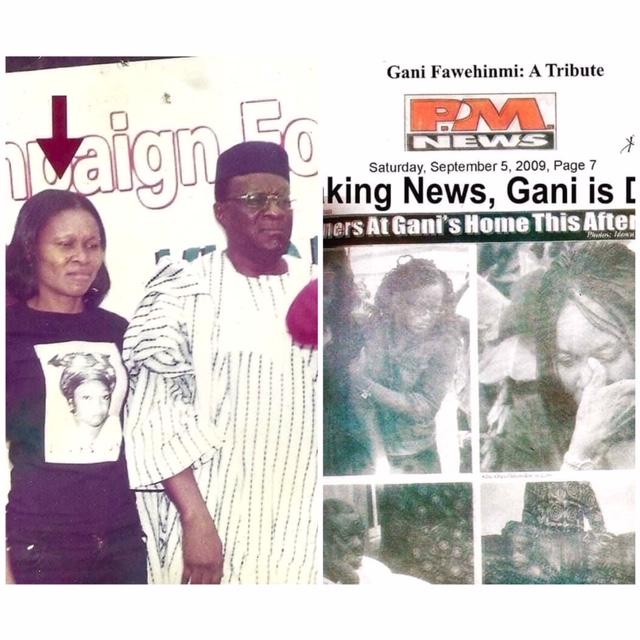 Chief Gani Fawehinmi belongs to a select class of very few mortals worldwide who are instantly recognizable by their first names. It is a most apt remark for the name (wherever it is called) that leaves no one in doubt as to whom is being referred to. So I shall subsequently refer to Chief Gani Fawehinmi, SAN, as simply Gani. It is still painful talking about Gani in the past having known him for two decades.

Our paths crossed in the anti-military battles of the early and mid eighties and I worked closely with him as one time coordinator, National Conscience Party, Kwara State October 10, 1994, while he was the Chairman.

I equally had the privilege of associating with him while he was the Chairperson of Joint Action Committee of Nigeria (JACON) as well as in Campaign for Democracy, NADECO etc.

The first thing that strikes you about Gani is his consistency. This consistent pursuit earned him many brushes with virtually all military and civilian dictators. Focused, dedicated and resilient, Gani devoted the better part of his life to the struggle for genuine democracy, promotion of the rule of law and entrenchment of constitutional governance in Nigeria.

He was a great life wire of the pro-democracy and human rights movement in Nigeria.

Gani believed so much in documentation, few days before he stopped going to his chambers he still showed me the first day I was at his chambers with Dr. Beko Ransome-Kuti march 2nd 1985.

I must say he was a man of details, he believes in accountability.

He was a humanist par excellence, and had uncommon compassion for the poor. One cannot forget his philanthropy, dedication and absolute loyalty to common causes.

In the practice of law, Gani was litigation personified, a brilliant advocate, his chambers has handled thousands of cases.

It is indisputable that Gani, single-handed, filed more cases in courts against various governments than any other individual dead or alive.

It has been documented that between 1969 and 1996, Gani was detained not less than forty times, had his passport seized not less than 20 times, with his house and offices searched and vandalized 16 times.

Gani had milk of compassion. It is on record that Gani, since 1971 when he was 33,  started awarding scholarships to indigent but brilliant students of tertiary institutions. He was an advocate of free and compulsory education at all levels to every Nigerian youth who is desirous of education.

We shall not have to speak of courage in the future because Gani has taught us that in him all the elements were well blended.

As a lasting tribute to this legend, a unique gift to humanity, social crusader, orator, human rights activist, humanist, philanthropist, we must emulate all the virtues he lived and died for.

Gani, your ideals, achievements and your legacies remain imperishable in our hearts.

-Dr. Joe Okei-Odumakin, is the President, Women Arise and Centre for Change