Novak Djokovic: I am extremely sorry 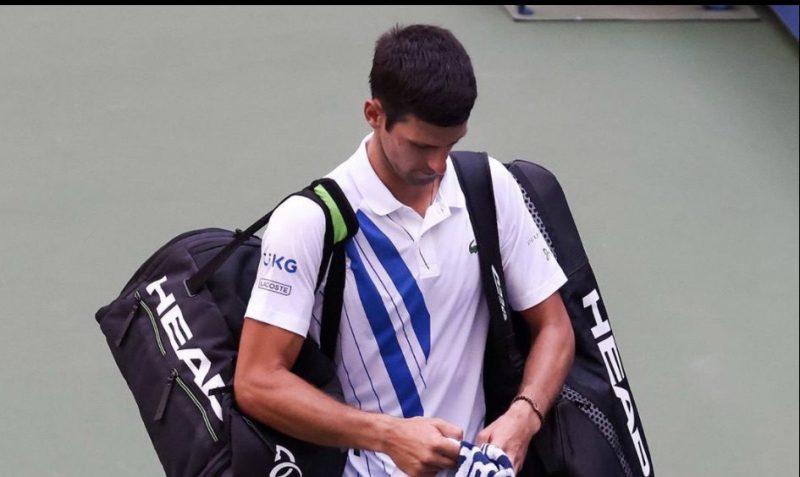 Tennis World No.1 Novak Djokovic has apologised for his accidental hitting of a lineswoman with a ball in the Round of 16 at the US Open on Sunday.

He said he was “extremely sorry” for the accident and that it was not intentional.

The accident, which left the unidentified woman groaning in pain, after the ball hit her throat, led to Djokovic’s disqualification.

And the first set had not even been completed.

Djokovic after he was sent out of the tournament skipped the post match press conference and instead, he released a statement on Instagram, where he has 7.5 million followers.

“This whole situation has left me really sad and empty. I checked on the lines person and the tournament told me that thank God she is feeling ok.

“I‘m extremely sorry to have caused her such stress.

“So unintended. So wrong. I’m not disclosing her name to respect her privacy.

“As for the disqualification, I need to go back within and work on my disappointment and turn this all into a lesson for my growth and evolution as a player and human being.

“I apologize to the @usopen tournament and everyone associated for my behavior.

“I’m very grateful to my team and family for being my rock support, and my fans for always being there with me. Thank you and I’m so sorry”.

Djokovic was the favourite to win the tournament, as he was the top seed and because of the absence of Roger Federer and Rafael Nadal, who could beat him.

Despite his stunning exit and apology, Djokovic will suffer some other punishment.

The USTA said: “In according with the grand slam rulebook… the US Open referee defaulted Novak Djokovic from the 2020 US Open.

“Because he was defaulted, Djokovic will lose all ranking points earned at the US Open and will be fined the prize money won at the tournament in addition to any or all fines levied with respect to the offending incident.”