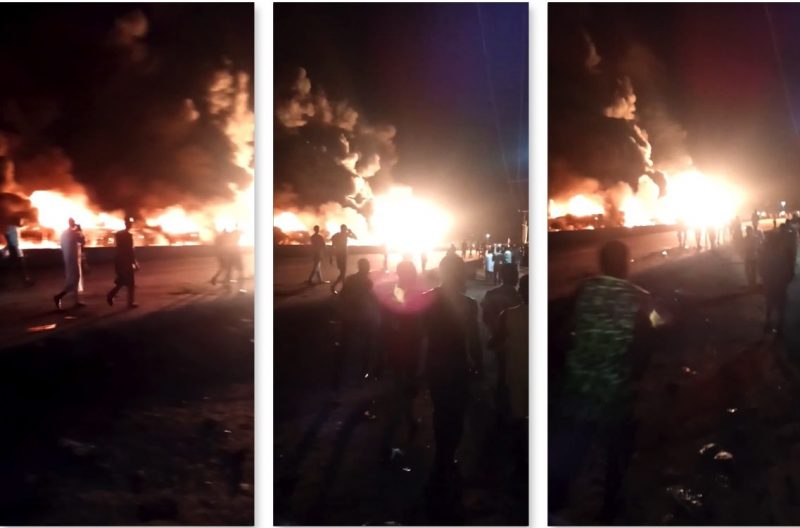 No fewer than 10 houses and 52 shops were razed when a fully loaded petrol tanker veered off the road into a mosque at Lambata in Gurara Local Government Area of Niger State on Sunday night.

The Police Command in the state said the tanker was going to Suleja from Minna, when the accident occurred.

Mr Adamu Usman, the Commissioner of Police said that the accident occurred at about 22:45 hours.

A car and another articulated vehicle loaded with goods were also burnt by the fire the petrol tanker triggered.

“We have since commenced investigation and warned truck drivers to desist from carrying people in truck as such vehicles are not for passengers,” he said.

The Commissioner said that the police and the fire service are fully on ground controlling the situation.

Malam Ibrahim Maje, a resident of Lambata, told NAN that no live was lost in the inferno.

But many people, he said, were wounded while escaping from the fire.

In September 2018, a fuel tanker fire in Suleja also killed several people. Another one also occurred in 2019 and was said to have killed scores of people.

In 2015, there was also another tanker fire in the state.