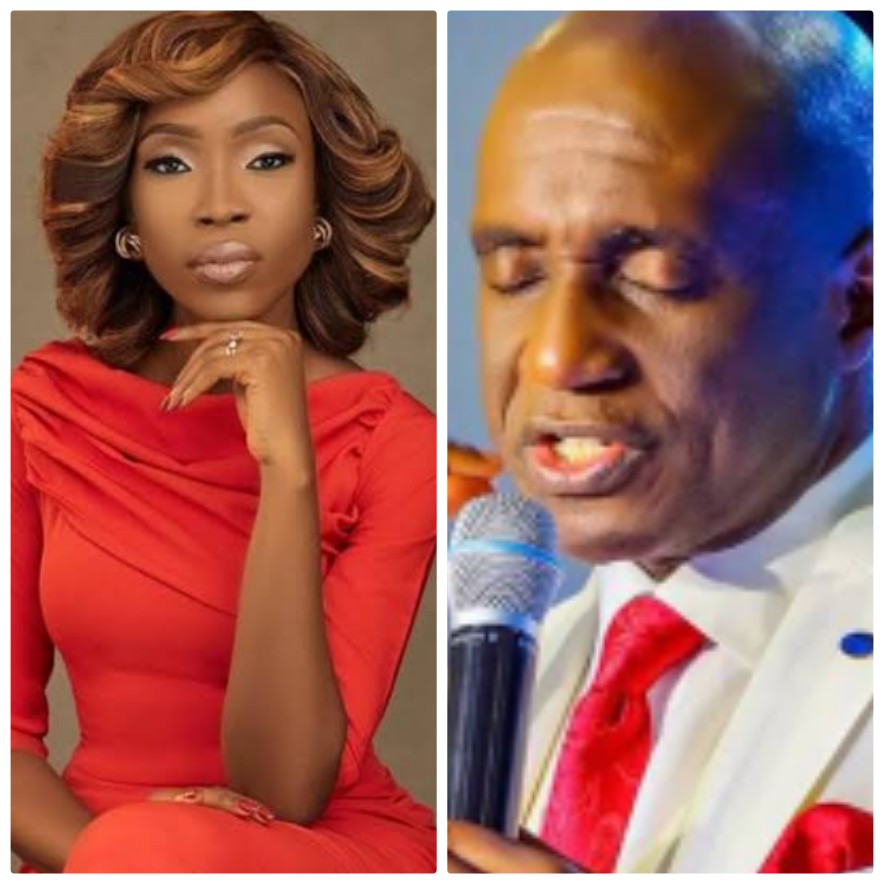 Kemi “Lala” Akindoju, a Nigerian actress, has advised the founder of Salvation Ministries David Ibiyeomie to desist from actions that are against the teachings of the Bible.

Lala made this known while reacting to the video of Ibiyeomie threatening to kill a popular broadcaster, Daddy Freeze, if he ever insults the founder of Living Faith Church, David Oyedepo, again.

The Port Harcourt based pastor, who studied under Mr. Oyedepo’s tutelage before establishing his ministry in 1997, also cursed the day the popular broadcaster was born.

‘‘If he has a father let him show us his father’s picture. Someone they gave birth to in a ship. Does he look like a Nigerian? I curse the day he was born.

‘‘He is insulting my own father and people are laughing. Anybody may not talk but I will talk. I will never be alive and see somebody insult my father. It is not done. You are not born. I will kill you, I will tear you into pieces. Very soon I will arrest him.’’

The 57-year-old cleric also made a mockery of Daddy Freeze’s failed marriage and relationships.

‘‘The man who cannot marry. He has no wife. He can’t manage his home. He is coming to talk on television. Is it not his wife who left him? A broadcaster, does he have a good job?

Reacting to the video on Wednesday morning, Lala said: “Please that is not what the Bible preaches.”

She condemned the actions of David Ibiyeomie and also that of the congregation who were cheering him to “ride on.”

Lala said: “It is wrong, SO WRONG! First as a supposed Christian, then as leader and finally as a human being. I’m even more shocked at the congregation echoing the insults.

“This is why it is important to know God for yourself, read your bible yourself, and don’t get blinded by religion.

“I am very ashamed of him only because he has misrepresented the gospel of Jesus. Proverbs 18 is a good scripture to meditate on today. Selah!”