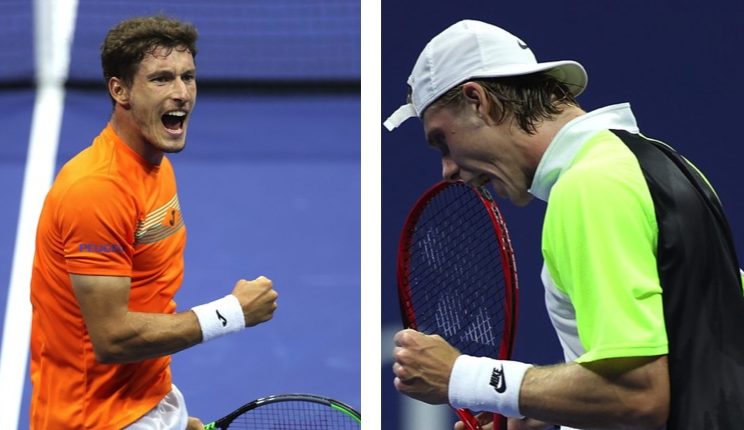 Denis Shapovalov, the 12th seed and the remaining Canadian player in the US Open tournament, has been ousted.

Three Canadian players, Vasek Pospisil, Felix Auger Aliassime and Shapovalov had reached the fourth round. But only Shapovalov survived into the quarter-finals.

However, his performance fell short on Tuesday night.

It was his second semi-final in New York and first since 2017.

He will now face Alexander Zverev in the semi-finals.

After trading early breaks, Shapovalov landed what proved to be the key blow of the opening set in the eighth game, breaking for 5-3 thanks to a rasping forehand winner down the line.

There were four breaks in the opening five games of the second set, with Carreno Busta unable to consolidate either of his.

Shapovalov held from 0-40 in the eighth game and saved a set point in the 10th, but there was no denying Carreno Busta as he played an excellent tie-break to level the match.

Carreno Busta broke for 3-2 in the third after Shapovalov sent a backhand wide, but just as he looked to be in control, he too dropped serve.

But while the tie-break again went Carreno Busta’s way, Shapovalov dominated the fourth set, winning it to love on the back of 16 winners and just three unforced errors.

Carreno Busta required treatment on his lower back before the decider as the clash ticked towards a fifth hour.

After an even start to the fifth set, Carreno Busta was handed a break in the sixth game when Shapovalov double-faulted and he made no mistake closing it out.