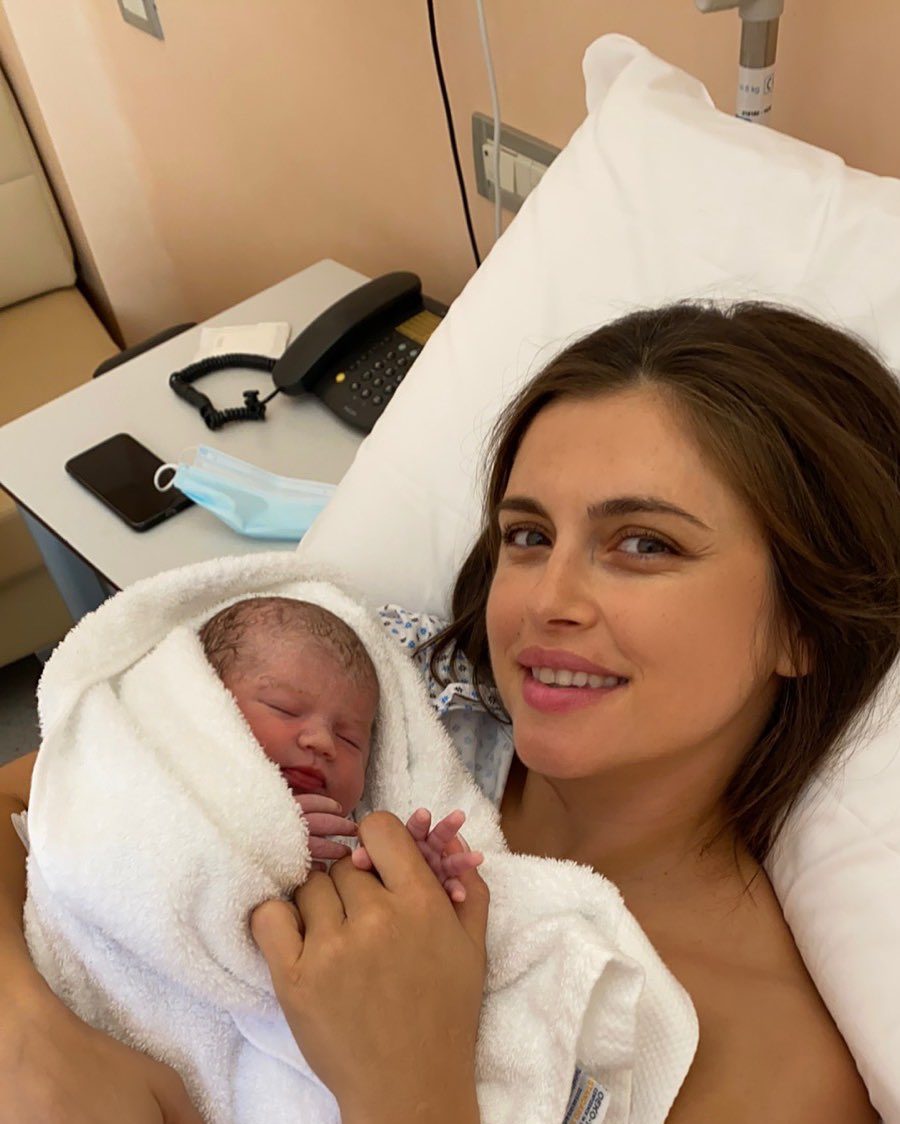 Edin Dzeko, a Bosnian professional footballer who plays as a striker for Serie A club Roma, has welcomed the birth of their third child with his wife Amra Dzeko.

Dzeko shared the photo of Amra and the new baby girl named “Dalia” on his Twitter page on Saturday.

“Welcome to the world, our little flower DALIA,” Dzeko captioned the adorable photo.

Dalia is the third child of Amra and Edin Dzeko who already have a four-year-old girl Una and a two-year-old boy Dani.

However, AS. Roma, have also congratulated the famous Bosnia couple.

“Congratulations to Amra and @EdDzeko on the birth of their daughter, Dalia!,” the club wrote on Twitter.