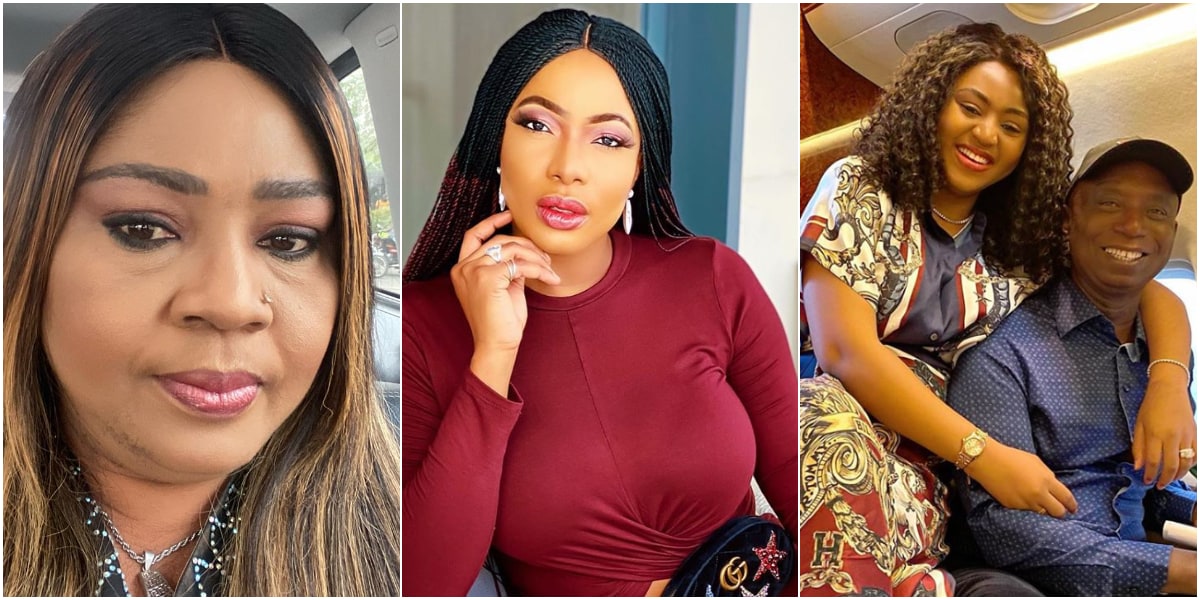 In a viral video shared on social media by Ada Nanka, it can be deduced that the Chika Ika was dating the billionaire, Ned Nwoko before Regina Daniels got married to the 60-year-old.

According to the blogger, the 34-year-old is making attempt to get back with the politician and continue her relationship with him.

The controversial actress, Rita Daniels, however, threatened to go spiritual on Chika if she refuses to leave her daughter’s husband alone.

Ada also claimed that Chika uploaded a photo of her with Ned but deleted it later.

“Chika Ike has been dating Ned Nwoko before Regina came into the picture. Ned Nwoko is a gold that every Nollywood actress digs.

“They said that her daughter’s husband belongs to everyone. They noted that Ned has not finished marrying and Regina isn’t the last person that would be with the man,” Ada said.