Booker Prize: Why 2020 shortlist is unique 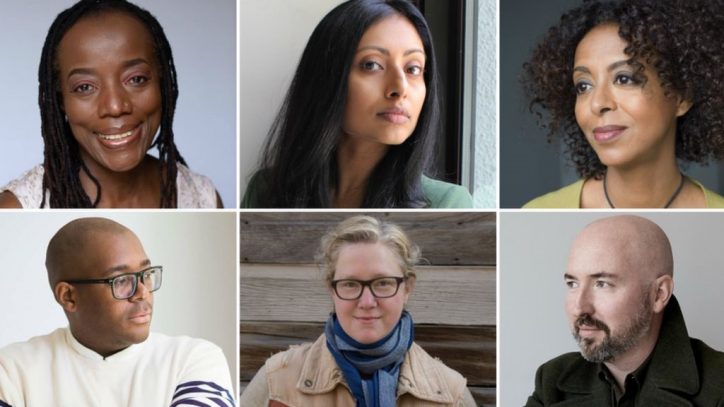 The nominees for the 2020 Booker Prize

Aside from Dangarembga all the authors are either from the US or hold joint US citizenship.

This follows the earlier release of 16 shortlisted authors in July, which were selected from 162 novels published in the UK or Ireland between 1 October 2019 and 30 September 2020.

Announcing the nominees, Margaret Busby, Chair of the 2020 judges, said, “As judges, we read 162 books, many of them conveying important, sometimes uncannily similar and prescient messages.

“The best novels often prepare our societies for valuable conversations, and not just about the inequities and dilemmas of the world − whether in connection with climate change, forgotten communities, old age, racism, or revolution when necessary − but also about how magnificent the interior life of the mind, imagination and spirit is, in spite of circumstance.

“The shortlist of six came together unexpectedly, voices and characters resonating with us all even when very different. We are delighted to help disseminate these chronicles of creative humanity to a global audience.”

However this year’s shortlist, a feast of literary delights, has some unique features which make it stand out.  Aside from the fact that it is the most diverse line-up in the prize’s history one thing that is so special about it is that US and African authors dominate it, as it features only one writer, a New York-based Scot, from Britain or Ireland.

Another unique feature is that not only did four debut novelists – Diane Cook, Avni Doshi, Douglas Stuart and Brandon Taylor – make the list, it also features four women and four independent publishers.

“We were not checking people’s Visas requirements or passports, we were looking at the books … We know each book passed the eligibility process  … We were not conscious of if someone was British or not, we were looking at the books. In the end we ended up judging on the basis of what we thought of the books we were given, not on nationalities,” Busby added.

Still, Gaby Wood, literary editor of the Booker Prize Foundation, also maintained: “No one wins the Booker prize because of who they are. A book wins because of what it does,

“What has transpired is a testament to the judges’ faith in – among other things – first fictions: they have found these writers to have much to say, and found them to have said it in a way that became even richer on a second reading.

“Every year, judging the Booker prize is an act of discovery. What’s out there, how can we widen the net, how do these books seem when compared to one another, how do they fare when re-read? These are questions judges always ask themselves, and each other,” Wood explained.

Dangarembga,  author of This Mournable body and  a Zimbabwean was recently arrested in Harare during a peaceful protest against corruption and is due in court on 18 September.  Her book is a sequel  to her 1988 novel Nervous Conditions, which tells the story of a woman trying to make a life for herself in post-colonial Zimbabwe.

Mengiste’s novel, The Shadow King, tells the story of the ordinary people who rose up during Italy’s 1935 invasion of Ethiopia. He is the first Ethiopian writer to make the Booker shortlist, after rules were changed in 2014 to allow any writer writing in English and published in the UK to compete for the award.

Cook’s The New Wilderness, is about a mother trying to keep her daughter safe after an environmental disaster. Doshi’s Burnt Sugar is about a toxic relationship between an adult woman and her ageing mother; Taylor’s Real Life,  is a campus novel tackling racism and homophobia; while Stuart’s Shuggie Bain, tells the story of a childhood blighted by poverty and addiction in 1980s Glasgow.