Barbados set to sack Queen Elizabeth as head of state 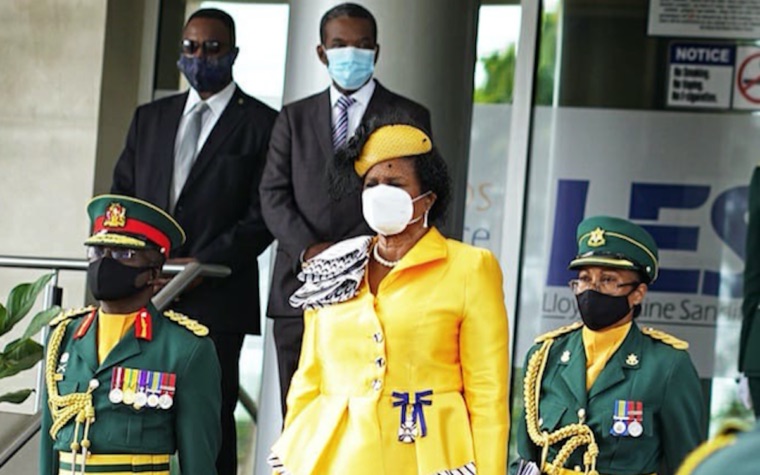 The Caribbean island of Barbados has announced its intention to sack British Queen Elizabeth as its head of state.

It said it would carry out the sack before its 55th Independence anniversary on 30 November 2021 and become a republic.

She said the country is moving from a parliamentary constitutional monarchy under a hierarchy monarchy, to a Republic.

“The peril and uncertainty of the times compel us to reinforce our foundation. Equally, we are challenged to shore up our traditional structures and find stronger, more resilient, more sustainable architecture, on which we can build a modern and enduring structure for current and future generations,” Dame Sandra said.

“Barbados has developed governance structures and institutions that mark us as what has been described as, ‘the best governed black society in the world’.

“Since Independence, we Barbadians have sought constantly to improve our systems of law and governance so as to ensure they best reflect our characteristics and values as a nation.

“Barbados’ first Prime Minister, The Right Excellent Errol Walton Barrow, cautioned against loitering on colonial premises. That warning is as relevant today as it was in 1966. Having attained Independence over half a century ago, our country can be in no doubt about its capacity for self-governance.

“The time has come to fully leave our colonial past behind. Barbadians want a Barbadian Head of State. This is the ultimate statement of confidence in who we are and what we are capable of achieving. Hence, Barbados will take the next logical step toward full sovereignty and become a Republic by the time we celebrate our 55th anniversary of Independence,” the Governor General added.

In 2003, Barbados took another step towards independence from the UK when it replaced the London-based Judicial Committee of the Privy Council with the Caribbean Court of Justice, located in Trinidad and Tobago’s Port of Spain, as its final appeals court.

In 1996, a Constitution Review Commission, headed by Sir Henry Forde, was appointed to review the country’s Constitution. That commission recommended that Barbados adopt a Parliamentary republic system.

Barbados would join Trinidad and Tobago, Dominica and Guyana if it proceeds with its plan to become a republic.

Jamaica’s Prime Minister Andrew Holness has also said it is a priority of his government, but he has yet to achieve it.