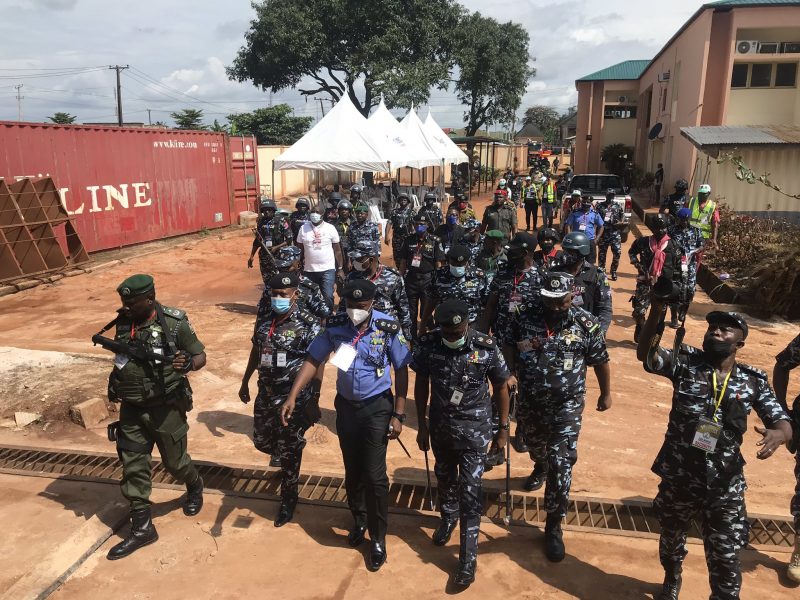 Cleen Foundation, a Non-Governmental Organisation (NGO), has commended the conduct of the security personnel deployed for the Edo State Governorship election on Sept. 19.

Mr Benson Olugbuo, the Executive Director of the foundation, gave the commendation in a preliminary statement on the conduct of the election.

Olugbuo said that the conduct of the security agents made the electorate feel safe and confident while carrying out their civic duty.

“However, we observed that at Uwa Primary School, Ward 10, Pollin Unit 21, Oredo Local Government Area, party and security agents have observed monitoring electorate’s votes in the cubicle disregarding the secrecy of the balloting system,” he said.

He lauded the security for early arrivals at 86 percent of the polling units and for not scaring or threatening the safety of the electorate with the possession of firearms.

Olugbuo said its foundation’s observers also reported that on the aggregate, 83 percent of the polling units had three or more security personnel which boosted voters’ safety and confidence.

He said that 96 percent of security personnel were observed to be wearing easily identifiable name tags, which also encouraged voters to feel safe.

He noted that most electorate and a few security personnel did not comply with the INEC COVID-19 protocols of wearing face masks and observing physical distancing.

He said that apart from wearing of facemasks, there was no physical distancing and there was an absence of sanitizers.

He said that other observations were vote trading across the state, malfunctioning of some smart card readers, and late commencement of voting in few places.

Olugbuo said that the organisation would continue to observe the elections and issue its post-election statement to detail more on the overall conduct of the security personnel.

He said that the observation was done by its trained observers under the platform of the Election Security Support Centre (ESSC), of the foundation, in collaboration with the Police Service Commission (PSC).